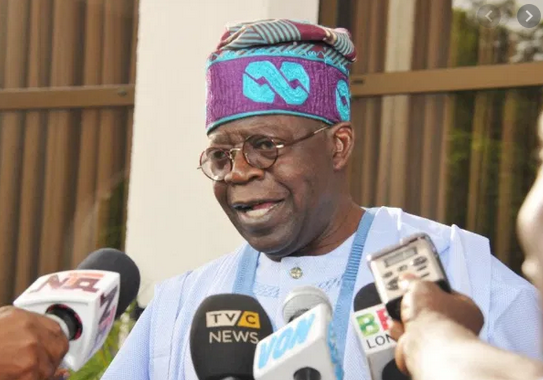 Presidential Candidate of the All Progressive Congress (APC), Asiwaju Bola Tinubu, has dismissed reports making the rounds that the Rivers State Governor, Nyesom Wike, met with him in France.

Daily Trust reports that the romance of the Rivers State governor with chieftains of the ruling party and the Labour Party has raised dust in the leading opposition party.

Since the selection of the Delta State Governor, Ifeanyi Okowa on June 16 by the Presidential Candidate of the Peoples Democratic Party (PDP), Atiku Abubakar, there has been an uneasy calm in the leading opposition party.

A panel had recommended Wike who came second during the presidential primary to Atiku. But Atiku picked Okowa against the recommendation.

This pitched him against the Rivers State governor and the people in his camp.

On Wednesday, the Benue State Governor, Samuel Ortom, tongue-lashed Atiku for jettisoning the recommendation of a committee he constituted.

He said, “Fourteen of us in the committee said the person should be Nyesom Wike, unfortunately Atiku picked Okowa in his wisdom. You cannot ignore a decision of a committee you set up yourself and expect people to be happy.”

In the same vein, a former governor of Ekiti State, Ayodele Fayose, insisted that the southern part of the country must produce the next president of the country.

On Thursday, Joe Igbokwe, an APC chieftain, in a Facebook post which was later deleted, claimed Wike met with Tinubu in France. The claim ballooned the speculation about the impending defection of the Rivers State governor to the APC.

Reacting in a statement his media office issued on his behalf, Tinubu said the supposed meeting with Wike in France is Fake News’.

The statement reads, “We have seen a viral social media post made by one of the chieftains of All Progressives Congress in Lagos State and media reports emanating from same about a supposed meeting in France between APC Presidential Standard-bearer, Asiwaju Bola Ahmed Tinubu, and His Excellency, Governor Nyesom Wike of Rivers State.

“It has become imperative to set the record straight. Although Asiwaju Tinubu is presently in France, he didn’t have any meeting with Governor Wike whether in that country or anywhere whatsoever.

“This, however, does not detract from the fact that the APC presidential candidate holds Governor Wike in high esteem. And given the national and across-party lines appeal of Asiwaju Tinubu’s candidature, he will not hesitate to meet any important national leader when desirable.

“As made public earlier, Asiwaju Tinubu is in France for some important engagements. He will return to the country shortly. We would like, once again, to advice journalists to always cross-check their information with appropriate officers before rushing to press to avoid unintended errors.”

Daily Trust had reported how Tinubu departed for France after meeting with President Muhammadu Buhari at the Presidential Villa, Abuja, on Monday morning.

Some hours after Tinubu left the country, Wike released pictures where he was seen vacationing with his Abia counterpart, Okezie Ikpeazu, in Turkey. (Daily Trust)