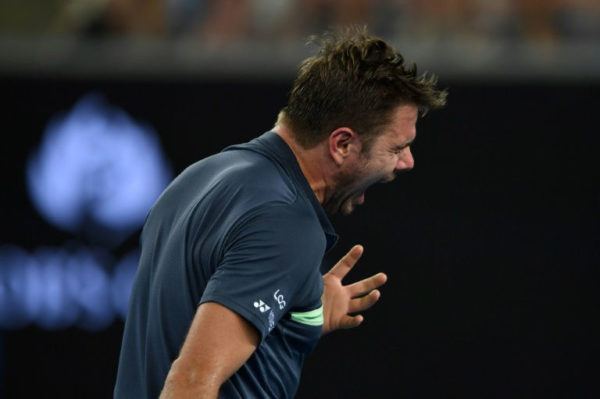 Three-time Grand Slam champion Stan Wawrinka was handed a shock defeat by an unfancied World Number 259 at the Rotterdam Open on Tuesday.

The Swiss veteran blew a one-set lead to fall 4-6, 6-3, 6-2 to Dutchman Tallon Griekspoor in the first-round.

It was Wawrinka’s third surprise defeat by an outsider, after losing in the Australian Open second round to Tennys Sandgren and in last week’s Sofia Open semi-finals to Bosnian Mirza Basic.

The 32-year-old Wawrinka, the 2015 Rotterdam winner, has been struggling to regain top form after a pair of summer knee operations.

The Swiss has now lost three matches and won three since returning in January.

World number 259 Griekspoor, 21, earned the biggest success of his career as he competed in only his third ATP-level match.

Wawrinka’s devastating single-handed backhand was of scant use to him on the night, with his movement still well below his best.

“It was a tough day at the office,” Wawrinka said. “I still need a lot of work to get back.

“There are a lot of ups and downs. Today was not my best day. He played well and went for it.

“He played at a great level and deserved to win. I’ve got to be patient, I knew this would take a long time.”

Goffin came through 6-1, 6-3 to post his fourth victory over the Frenchman in five meetings.

The world number seven Goffin totally dominated as he set up a second-round tie with Spaniard Feliciano Lopez, winning in just 64 minutes.

Roger Federer opens his campaign at the Ahoy Arena on Wednesday, with the Swiss looking to overtake Rafael Nadal and become the oldest-ever world number one by reaching the semi-finals.