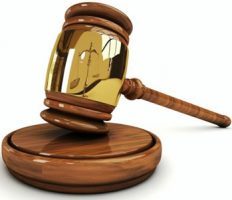 A teenager, Elijah Daramola, was on Friday brought before an Ebute Meta Chief Magistrates’ Court in Lagos charged with robbery and breaking into a house in the wee-hours of the day.

The 18-year-old is facing a three-count charge of conspiracy, burglary and robbery.

Magistrate Bola Folarin-Williams directed that the plea of the accused be taken and quashed the remand order brought by the police.

She granted the accused bail in the sum of N100, 000 with two responsible sureties in like sum.

Earlier, the Prosecutor, Sgt. Jimah Iseghede, told the court that the accused committed the offences on March 19 at 4.00 a.m. at No. 33/35, Modele St., Surulere.

He told the court that the accused, armed with gun and other dangerous < weapons, broke into the residence of the complainant,  Oluyinka Olumide, and stole property worth thousands of naira.

Others are a Nokia phone, two Itel phones and a smart phone valued at N140, 000.

The accused pleaded not guilty.

The case has been adjourned until Aug. 24 for mention.