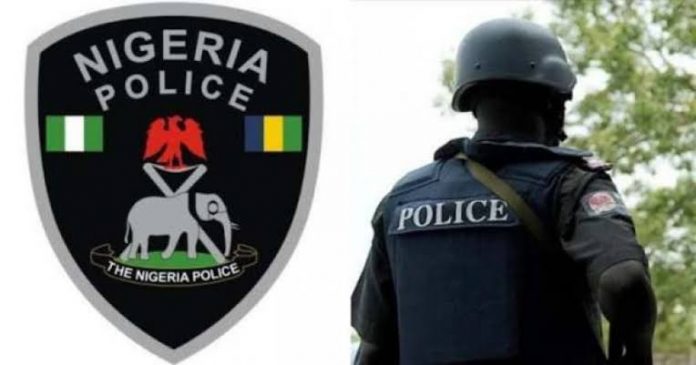 The News Agency of Nigeria (NAN) reports that Abiola was shot dead on June 16, a day after celebrating his 40th birthday, by suspected kidnappers, who also abducted four Chinese rail workers at a construction site in Alaagba village, Ogun.

The expatriates were, however, released from hostage on Tuesday.

The deceased, who was attached to “P Department Operations,” Oyo State Command, was an escort to the Chinese contractors handling Lagos/Ibadan rail project before his demise.

The remains of Abiola, brought from Ibadan by a team of police personnel, were interred at his uncompleted building in Igbemo Ekiti.

NAN reports that the late police inspector was survived by an 80-year old mother, Mrs Olubiyo Abiola, a young wife and four female children, who are all in primary schools.

An uncle to the deceased, Chief Laolu Omosilade, applauded the Commissioner of Police in Oyo State, Mrs Ngozi Onadeko, for her swift action, which, he said, hastened the release of the body for burial.

Omosilade, a former Chairman of Nigeria Union of Journalists (NUJ), Ekiti council, called on CCECC, police authorities as well as Oyo and Ekiti state governments to assist the family the late officer left behind.

“The most pathetic aspect of the whole thing is that Adewumi’s brother, who had a hunchback, was also gruesomely murdered by suspected ritualists about four years ago on Aramoko/Itawure road in Ekiti.

“The mother relies on Adewumi for survival and now, the life support has been removed. People should show empathy toward this distraught woman,” he said. (NAN)