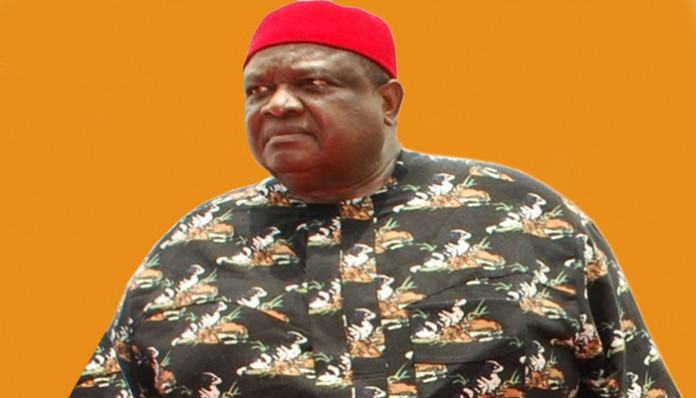 Imo Chapter of the Sports Writers Association of Nigeria (SWAN) has scored Chief Emmanuel Iwuanyawu high in sports administration, politics and business, as he attains 79 years of age.

Iwuanyawu celebrated 79th birthday anniversary in Owerri on Saturday, with announcement of his exit from partisan politics.

Iwuanyawu, one of the patrons of Imo SWAN, said that his retirement from partisan politics was to give way for younger politicians.

In a congratulatory message signed by its Chairman and Secretary, Mr. Evarest Ezihe and Tunde Liadi, respectively, the state chapter of SWAN described Iwuanyawu as a pillar in sports development.

It said that Iwuanyawu discovered talented players through his Iwuanyawu Nationale FC.

It noted that some of the talents became members of Nigeria’s national football team, Super Eagles.

The SWAN said that Iwuanyawu contributed much to the development of the Nigerian economy and manpower through his numerous businesses and philanthropy.

“On this special occasion, we wish to commend Iwuanyanwu’s leadership qualities and commitment to the people of Imo and the entire nation.

‘‘His philanthropy has touched many lives in states across the country, from the south to the north, in business, politics and sports fields,” it said.

The chapter expressed appreciation to the septuagenarian for support and commitment to successive governments in Imo.

‘‘Chief Iwuanyanwu had the vision to look beyond ethnic bias and align his political, business and sports interests to touch the lives of people irrespective of where they come from.

“His success story for Iwuanyanwu Nationale, which has now metamorphosed into Heartland FC, has been unrivalled ever since he ceded the ownership of the club back to Imo state.

“We are aware of his giant strides in sports, including in the Sports Writers Association of Nigeria, where his philanthropy has been felt at national and state levels,” the association said. (NAN)