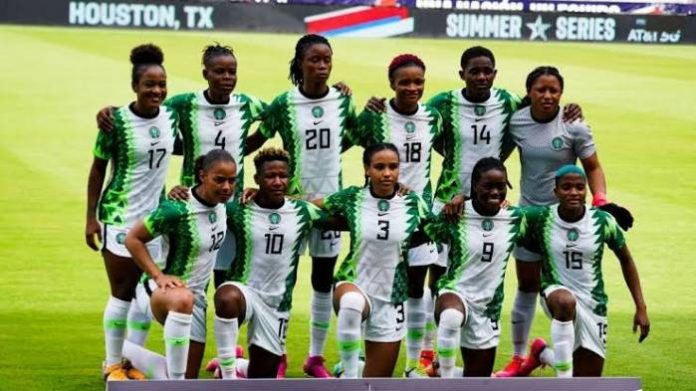 Nine-time African champions Nigeria will head to the U.S. for a two-match tour against the country’s Women’s National Team (USWNT) in September.

Ademola Olajire, Head of Communications at the Nigeria Football Federation (NFF), in a statement on Wednesday said both teams will clash at the Children’s Mercy Park in Kansas City, Kansas.

Both sides are presently competing in their respective continental tournaments, and will play the matches on Sept. 3 and Sept. 6.

The USWNT is the most successful team in the FIFA Women’s World Cup, having won four out of all eight championships competed for so far.

Meanwhile, the Super Falcons have won the African championship nine times and  played in every edition of the FIFA Women’s World Cup.

The match in Kansas City will see Vlatko Andonovski, appointed coach of USWNT at the end of 2019, return to his home area for the second time.

Andonovski says he is excited to send out his players against the Super Falcons: “First, I’m just excited to play two matches against Nigeria.

“They have some very talented players who will present a lot of different problems for us to solve on both sides of the ball.

“Secondly, of course, we’re looking forward to bringing the team (U.S.) back to one of the best football stadiums in the United States in Kansas City.

“We are getting to play our first game at Audi Field,” Andonovski said.

The USWNT have already qualified for the 2023 FIFA Women’s World Cup, becoming the 12thteam to reach the finals and the first team from the CONCACAF region.

The Super Falcons are billed to face Cameroon in the quarter-finals of the ongoing WAFCON later on Thursday in Casablanca.

A victory against the West African rivals will see Nigeria qualify for the 2023 Women’s World Cup.(NAN)