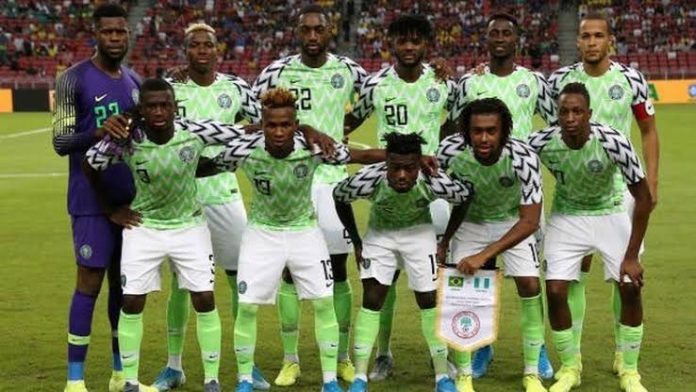 The Super Eagles of Nigeria have moved up from 31st to 29th position in the latest FIFA/Coca-Cola World Ranking.

The rankings was released on Thursday and published on FIFA’s official website.

Completesports.com reports that Eagles’ 2021 AFCON qualifying opponents did not make any progress in the rankings. While Benin Republic and Lesotho remained at 84th and 139th respectively, Sierra Leone dropped from one to 119.

Also, there was no progress made by the Eagles’ 2022 World Cup qualifying foes Cape Verde, Central Africa Republic and Liberia.

Cape Verde and Liberia are 78th and 152nd respectively and Central Africa Republic dropped one spot to 110.

Meanwhile, Belgium, France, Brazil and England all remain at number one, two, three and four respectively.

The next FIFA/Coca-Cola World Ranking will be published on 22 October 2020.