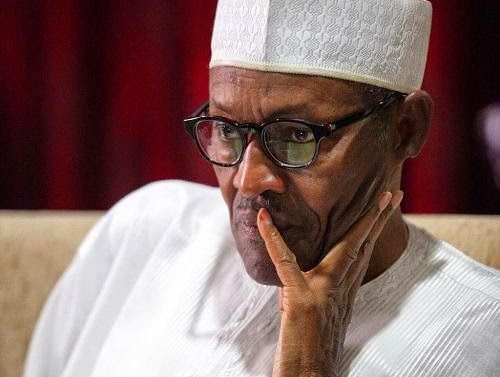 The Benue State chapter of the All Progressives Congress (APC), Thursday, told President Muhammadu Buhari, to stop Fulani herdsmen from murdering people in the state or risk a civil war.

The state chairman of the party, Abba Yaro, who addressed reporters in Abuja, described the massacre of over 50 of persons including women and children by herdsmen as an invitation to war.

If allowed to continue, Mr. Yaro said the situation could spark another civil war in the country, adding, “It is a clear case of ethnic cleansing around the Benue Valley which must be stopped immediately.”

He, therefore, called on Mr. Buhari to urgently call the herdsmen to order and as well direct security agents to fetch the killers.

Mr. Yaro, however, advised Benue indigenes, irrespective of political affiliation, to rise up and defend their communities against the ravaging herdsmen.

The visibly angry APC chieftain said, “This is above party politics, it is human lives. How can you kill a pregnant woman and removed the unborn child and slaughter it? It is barbaric, unspeakable and generally unpalatable”.

He argued that the Anti Open Grazing Law in the state does not target any section of the people but for the peace and security of area.

He said the law is also meant to curtail cattle rustling and clashes between herders and farmers in the state.

“The implementation is ongoing and we are in support of our governor, we are not deterred, the Anti Open Grazing Law has come to stay.

“We must treat it as a national ethnic cleansing by the Fulanis and collectively pressurise Mr. President to put an end to it. If Boko Haram can be defeated, IPOB stopped, Fulani killings can be stopped,” Mr. Yaro said.

He called on the Chief of Army Staff, Yusuf Buratai, the Interior Minister, Abdulraham Dambazau, the Director General of the Department of State Services (DSS), Lawal Daura, and the Inspector General of Police Ibrahim Idris to protect Benue communities.

“We will rise in self-defence, which will amount to the second civil war. If the Fulanis are not called to order by the relevant authorities to stop the ethnic cleansing like the lawless Fulanis are doing, Benue people shall take laws into their hands in self-defence,” he threatened.

No fewer than 50 persons including nine members of the Benue State Livestock Guards were killed in coordinated attacks in several villages in Guma and Logo Local Government areas of the state.

The attacks which led to the injury of hundreds and displacement of several communities started on the New Year’s Day continued to the early hours of Tuesday.

The situation prompted the state Governor, Samuel Ortom, to raise an alarm to the federal government to stop the carnage.

Rising from an emergency security meeting, Mr. Ortom described the attack as unacceptable and unfair and told Mr. Buhari to act fast to forestall a breakdown of law and order in the state.

Mr. Ortom maintained that there was no going back on the implementation of the anti-open grazing law.

“Now, these herdsmen are coming to invade the land and sending the people running helter-skelter again after we have started the implementation (of the anti-open grazing law) and everybody received it. Those who wanted to leave left and nobody was attacked. This is not acceptable. We are not going to accept it.

“There is no going back on the implementation of this law. This is our land and the law was duly passed by our people. Now, those people who have been killed, their blood will cry to the Federal Government and if Federal Government doesn’t do something, their blood will cry to the Almighty God and I’m sure that God will deal with the situation Himself.

“This is not fair and it is not acceptable. I think this is where the Federal Government must come in immediately to stop the mayhem because these people are known. We heard that they met in one state where they mobilised to come to Benue. They passed through roadblocks.”