Home News How to stop a guy from flirting with you 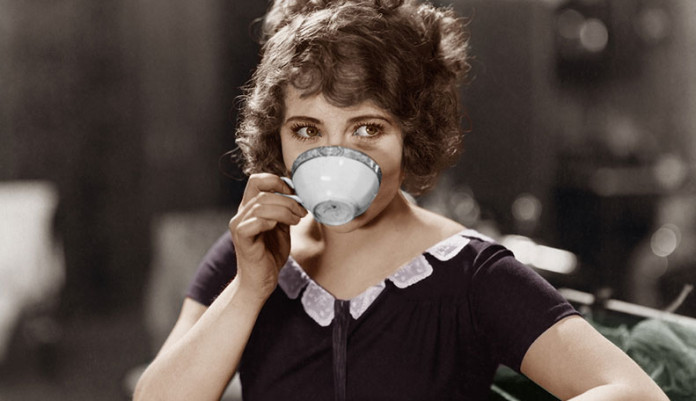 Sometimes, without even realising it, you may enjoy the attention the guy gives you even if you don’t like the idea of dating the guy or getting into a committed relationship with him.  But this is a decision you have to take.

Do you want him to continue pursuing you because you like feeling wanted and desired by him, or do you want him to stop wooing you so you can make it clear to him that you aren’t interested in anything more than just friendship with him?

All of us like feeling desired and fancied, but there will come a time when your pursuer may interfere with your own love life, especially when you’re dating someone else or are trying to get some other guy’s attention. And eventually, your confused state of mind may push you into a tricky love triangle where you want the attention of both guys, and you’d end up the biggest loser!

He hasn’t asked you out but he flirts with you!

This is always tricky, because you can’t tell a guy that you aren’t interested in dating him when he hasn’t even asked you out. What do you say to a guy who hasn’t even made his intentions clear?

Many guys who think they’re smooth players fit like a glove in this category. They tease you and seduce you, and yet, never make their intentions clear. By doing this, the guy would entice you, rouse your curiosity, and make you think of him often, and that would make you fall for him even before you realize it.

When a guy doesn’t tell you he likes you and yet flirts with you, he may eventually embarrass you by flirting in front of your friends, or worse, in front of a guy you really like!

Don’t lead him on

If you want to stop a guy from incessantly flirting with you all the time, don’t give him the opportunity to believe that you enjoy his flirting by appearing interested in him, or by reciprocating his flirty games now and then when you’re bored late at night.

Be affirmative – Don’t be the sweet girl

This is the mistake that most girls make. Most girls are just too sweet to say no, because they don’t want to be rude. But you need to remember that his behaviour is stressing you out, making you appear stupid in front of your friends, and almost everyone may believe you’re just pretending to dislike the guy while you enjoy the flirting in secret!

And just by trying to be nice to this guy, you’d end up losing the interest of other guys who may secretly like you, and worse, you’d be ridiculed by all your friends for being so spineless and two faced because you only pretend to be annoyed by this guy.

How to stop him from flirting with you

If you know the guy, but he’s not a very good friend of yours, use these 7 tips to get him to back off. If he’s a good friend and you don’t want to lose his friendship or feel awkward around him, just use the next 7 tips.

#1 Tell him you don’t like it. If this guy drawls and drools in front of you, or if he tries to tell you how sexy you are or just how badly he wants to take you out, just cut him mid-sentence instead of smiling at him approvingly. Tell him straight to his face that you find him annoying when he talks to you that way.

#2 You’re already taken. Tell this guy that you have a boyfriend. Or each time he tries to flirt with you, talk to him about another guy you have a crush on. It may piss him off, but he’ll get the point!

#3 He’s your friend. When he flirts with you, tell him you find it rather disturbing because friends aren’t supposed to talk that way. Tell him that you consider him a good friend and aren’t interested in anything beyond that.

#4 Texting games. Avoid texting him, especially late at night. It’s very easy to fall prey to flirty games when you text a guy late at night frequently. And if he tries to text flirt with you, avoid responding to him, he’ll get the hint eventually.

#5 Jealous confrontation. Get really close to another guy, or ignore him in front of another guy you like. It’ll piss him off, and there’s a good chance he’ll confront you and ask you why you were ignoring him. And you can use the excuse to make it clear to him that you consider him a friend, and that he should start behaving like one!

#6 Ignore him. If he isn’t an old friend, and someone who’s just trying to get close to you only to get into your pants, just ignore him if he doesn’t get the hint. There’s only so much you can try to make a guy understand your friendly intentions.

#7 Reject him. If you’ve tried it all and still find this guy pursuing you, then you have no option but to reject him.