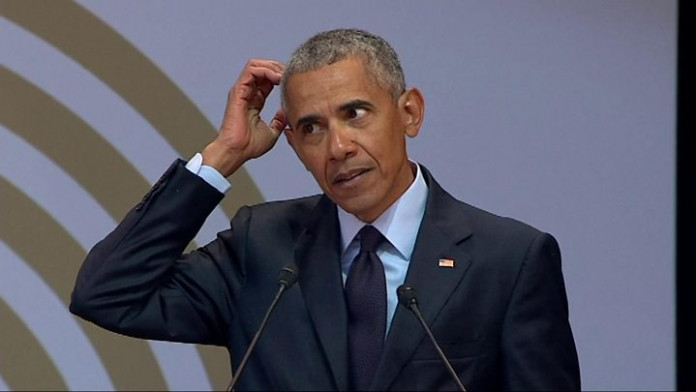 He also urged their governments to do more to curb a brain drain.

Obama, whose  Kenyan-born father studied in the U. S. but later returned home to work as an economist, described the phenomenon of the best minds leaving for global centres abroad as “a real issue.”

Obama told young African business people and activists at a gathering in Johannesburg that opportunities could be greater in their own countries.

“Precisely because there may be less of a concentration of talent, … your chances of being transformative are going to be higher,” he said.

His non-profit organisation, The Obama Foundation, runs a leadership programme aimed at helping aspiring Africans to solve pressing problems on the continent.

“If we have African leaders, governments and institutions which are creating a platform for success and opportunity, then you will increasingly get more talent wanting to stay,” Obama said.

“Once you reach a tipping point, not only will you stop the brain drain, then it will start reversing.”

On Tuesday he used a lecture marking 100 years since the birth of South Africa’s first post-apartheid president Nelson Mandela to urge world leaders to resist cynicism over the rise of strongmen – pointed comments which many interpreted as a reference to his successor, Donald Trump, among others.