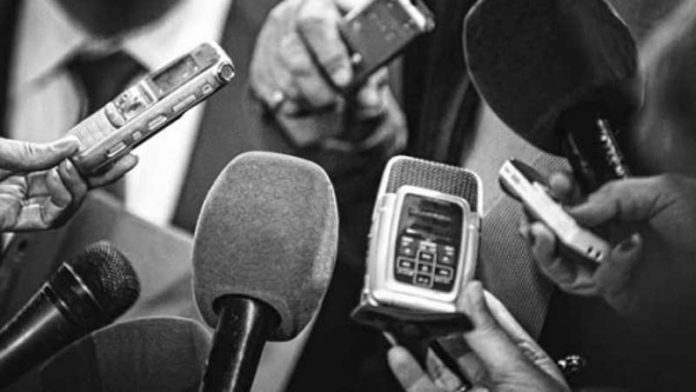 They also condemned the continued shrinking of the civic space.

As a way out of the situation therefore, they called for a more robust relationship between the professional bodies in the media.

The stakeholders made the call on Saturday at a forum on the “State of Media and Citizen’s Freedom in Nigeria,” which held at the Radisson Hotel, Ikeja, Lagos.

Welcoming guests to the event, the Executive Director, International Press Centre, Mr. Lanre Arogundade, noted that the civic space in Nigeria had shrunk more than people were aware of.

He disclosed that between April and September 2019, his centre recorded 27 attacks on journalists in the course of discharging their duties.

He therefore called for a reawakening to dangers posed by the shrinking civic space.

In his opening remarks, Mr. Femi Falana (SAN) who moderated the panel discussion, noted that while attention has been focused on the hate speech bill at the National Assembly, the Federal and State governments were quietly implementing aspects of the bill.

READ ALSO: ANALYSIS: The Media: An Estate Under Siege

He reeled out several cases of journalists and other citizens, including those of Agba Jalingo, Omoyele Sowore, Jones Abiri, who are facing terrorism, treasonable felony and cyber stalking charges for commenting on activities of government.

He therefore argued for the expansion of press freedom as enshrined in the constitution and other extant laws.

For Kadaria Ahmed of Daria Media, one of the discussants, “There is no ifs and what about freedom of expression and press freedom. It is non-negotiable.”

However, she said conversations around press freedom tended to focus on the executive arm of government without much attention paid to the other arms like the judiciary and their responsibilities in ensuring such freedom.

She also accused media owners of being selfish as they do not provide protection for their staff.

In his intervention, Dr. Qasim Akinreti, Chairman, Nigeria Union of Journalists (NUJ), Lagos State Council, decried the excessive use of power by the political class.

He noted that the “political class exhibit impunity of the highest order not because they don’t know what the constitution says, but because impunity reigns.”

Prof. Bola Akinterinwa, a former Director of the Nigeria Institute of International Affairs (NIIA), noted that the undermining of press freedom was a global challenge.

He advised Nigerian journalists to take the lead and bring media practitioners in the West African region together to tackle the challenges of the region.

For Mr. Edet Ojo, Executive Director, Media Rights Agenda, the citizens for whom the journalists speak, owe a responsibility to protect them.

According to him, it was unrealistic of the citizens to expect so much from journalists and fail to rise up in their defence when they are harassed by those in government.

The event was put together by Falana & Falana Chambers, Nigerian Guild of Editors, Nigeria Union of Journalists, Lagos State Council and Coalition for Whistle Blowers and Press Freedom