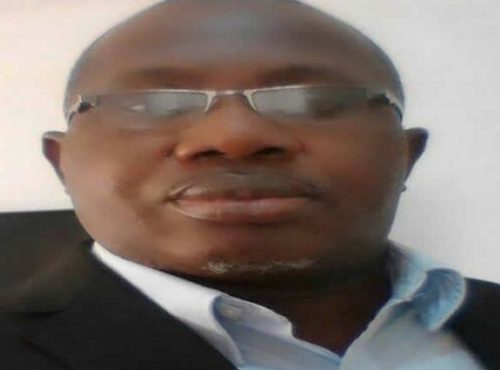 Quite interesting how some Nigerian sports personalities bore names of states across the country. There are Oyo, Lagos, Imo, Abia as well as Ogun, Oshun, Katsina, Kaduna, Bauchi and Gombe. Outside our shores, one footballer goes by the name Valerie Ondo in Gabon. In the United States, we find Gerard Lagos.

Chidi Imo is from the Arondizuogu area of Imo State. He remains the first athlete to retain the 100 metres gold at the World Universities Games, Universiade. As astudent of the University of Missouri, the Nigerian was the fastest man at the Edmonton ’83 Games. In the next edition, Kobe ’85, the title remained with him.

Imo is best remembered as the man who beat Carl Lewis to the silver medal in the 100 metres at the 1986 Goodwill Games. The gold was won by the infamous Ben Johnson. He was African champion at the Rabat ’84 championships and retained the gold at Cairo ’85. The gold medal of the Nairobi ’87 All Africa Games went to him.

The sprinter grabbed a bronze at the Sevilla ’91 World Indoor Championships , won Olympic silver in the 4×100 metres at Barcelona ’92 as part of a team that included the Ezinwa Brothers, Davidson and Osmond, Olapade Adeniken and Kayode Oluyemi. Chidi Imo was voted Sportsman of the Year, 1986 by the National Award Committee of the Federal ministry of Sports.

Alhaji Mamman Lagos hailed from Kaduna but worked with the sports ministry in Lagos and different national teams before he was sent to the Ahmadu Bello Stadium, Kaduna, as Stadium Manager. In 1989, Sport minister, Tonye Graham Douglas, was amused to find this Lagos in Kaduna. The Kalabari man knew there was an Aminu Kano from Kano and Hassan Usman Katsina from Katsina.

Gen. Katsina was not just the first and last military governor of the Northern Region, he was a good polo player. The general is best remembered as the first black polo Administrator. Moving ahead, the Katsina Prince was the First African Ambassador at the Federation of International Polo [F.I.P.] Today, there is the General Hassan Cup named after him.

Etubom Oyo Orok Oyo was born in Calabar and died there after touring the world as a soccer Administrator. He did not live in Oyo State. The man journeyed by sea in 1942 from Canaan City to Oron. From there he sailed to Port Harcourt before berthing in Lagos. A job at the Nigeria Railway Corporation kept him busy from 1943 to 1960.

Football took over. Between 1960 and 1974, the man from Duke Town was Secretary General of the Nigeria Football Association [NFA]. Known as ‘Mr. Football’, in 1972, Oyo became the first Nigerian member of the CAF Executive Committee. In 1974, another record came when he emerged as the first from his country to serve in the FIFA Executive Committee. Service in both committees lasted until 1988.

He is acknowledged as the longest serving NFA Secretary General. Oyo was also a powerful newspaper columnist. At various times, he wrote for the Punch, Sports Souvenir and Champion. The world soccer governing body honoured him with the FIFA Order of Merit in Gold.

Onyebuchi Abia was in the Standard of Jos team that beat Enugu Rangers home and away in 1979. Two former Flying Antelopes, Okey Isima and Arthur Ebunam, made life difficult for their old team. Abia later moved down South to join Spartans of Owerri. After Football, he joined the Imo State Sports Council as Public Relations Officer.

Alaomia got married to fringe Green Eagles player, Augustine Eke. Although her brother ,Onyebuchi, was unable to break into the senior national team, her husband made up for that. Eke was a member of the DIC Bees, Kaduna team that lost to Rangers in the 1985 Challenge Cup finals. That was the first time penalty kicks decided winners of the FA Cup. The Abias are from Abia but in their playing days, they were from Imo.

Onyebuchi Abia also went into sports journalism. From Champion newspapers, he teamed up with Emeka Inyama and Fan Ndubuoke to establish Sportslink. Today he is the man overseeing Nwankwo Kanu’s charity, Kanu Heart Foundation [KHF]. And most of his time is spent in the Lord’s vineyard as a pastor.

The story of Malam Yakubu Bauchi is interesting. He never thought of making the Mexico ’68 Olympics with the Green Eagles. First choice keeper was Rigogo Inua. Stationery Stores number one, Peter Fregene, was his rival. Coach Peter ‘Eto’ Amaechina had problem with Rigogo’s attitude and dropped him. In came Bauchi.

Amaechina was Igbo and it was in the heat of the Civil War. Somehow, some people felt it was wrong for a Biafran to lead Nigeria in battle. Amaechina was shoved aside. Teslim ‘Thunder’ Balogun stepped in. Curiously, some members of the team could also be dismissed as Biafrans. Tony Igwe, Captain Sam Opone , Austin Ofuokwu and Sam Garba Okoye were Igbo names. All of them played in Mexico. Paul Hamilton, an Ijaw, also spoke impeccable Igbo having played for Ikpeazu Redoubtables, Onitsha with Sebastine Brodericks -Imasuen.

Bauchi made the trip, became an Olympian but was on the bench all through. Fregene held on to the keeper’s gloves and conceded a basketful of goals in three matches against Brazil, Spain and eventual bronze winners, Japan respectively. One good result was the 3-3 draw with the Brazilians. Yakubu Bauchi died in Kano at 80, in 2010.

Lukman Oshun began as a junior player before graduating to the seniors. He was in the Flying Eagles team and also played for the Green Eagles. His best days came as a member of the Shooting Stars team that got to the finals of the CAF Champions League in 1984. Oshun moved to Lagos much later as a coach and failed to lead First Bank back to the elite league.

M.A.K. Ogun was one of the athletes that made good use of their initials. There were K.A.B. Olowu, A.T.B. Ottun and A.K. Amu. Ogun was part of the national team to various championships and won laurels in and out of the country. He was decorated as one of the veterans of the AFN.