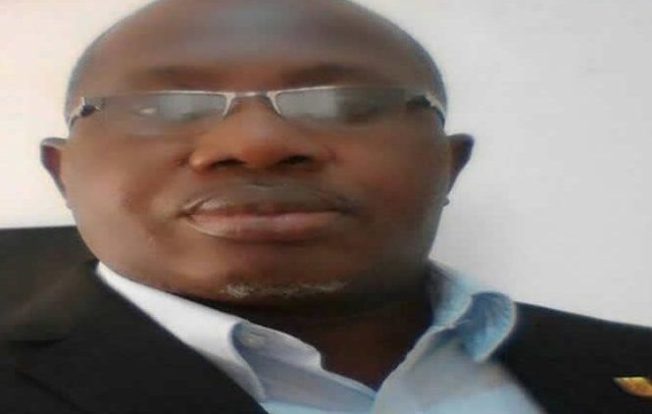 Manu Garba was so lucky that as an assistant coach, he got a three bedroom bungalow worth 12 million naira from President Umaru Y’aradua in 2007.

The Golden Eaglets won the FIFA Under -17 championships for the third time, at South Korea 2007. All the players and accompanying officials benefited from the Federal Government, with national honours as part of reward.

Shortly after that victory, the Eaglets lost their coach, Adeyemi Tella. None of his three assistants [Garba, Ben Iroha and Dahiru Sadi] was considered good enough to take the team to title defence in 2009. Nigeria hosted that edition and just before it all began, coach Henry Nwosu was kicked out. In his place came John Obuh, from Kwara United. Hosting to win did not quite work out.

Switzerland lifted the trophy for the first time. Even FIFA president, Sepp Blatter must have been pleasantly surprised. And Nigerians were quite disappointed. After surviving a three-goal scare by Germany in the opening match to end it 3-3, it looked as if Nigeria would be the first to win the cup back to back. That was a dream that faded away.

Garba became Chief coach and took the Eaglets to the competition in 2013, assisted by Emmanuel Amuneke and Nduka Ugbade who led the Eaglets to win the cup at the inaugural championships in 1985.It was a good combination as Nigeria won the cup for the fourth time. So much was achieved by those teenage boys.

Manu Garba and his boys also broke a jinx. They beat Mexico 6-1 in the group stage and went on to defeat them again 3-0, in the grand finale. That was a departure from the past. Twice Eaglets confronted their group mates in the grand finale and lost.

At Canada ’87, after forcing the USSR to a 1-1 tie in their group, the boys lost to the Soviets through penalties in the final. At Trinidad and Tobago 2001, the Nigerians beat France 2-1 in one of the group matches. When both sides met again, in the grand finale, the Eaglets got a 3-0 pounding.

But in 2013, the defeat of Mexico sorted things out. Nigeria also defeated Sweden 3-0 in the semi finals after both teams ended their group games 3-3. Iheanacho was in splendid form against Mexico scoring four times in their group encounter. Their coach was toast of the country. Eaglets were given the Fair Play trophy.

Amuneke took over from Garba after the latter was moved up to the the Flying Eagles. The Eaglets retained the cup in Chile.. They also improved. Kelechi Nwakali won the Golden Ball. Victor Osimhen picked the Golden Boot with 10 goals and also won the Silver Ball. Samuel Chukwueze was given the Bronze Boot.

Amuneke was sacked after the defending champions could not qualify for the 2017 championships. Garba came back with high hopes amid expectations. He was going to become the first Nigerian coach to win the trophy twice. Sebastine Brodericks Imasuen tried to achieve that feat at Canada ’87. He had won in 1985, ably supported by Christian Chukwu and Bala Shamaki.

Brodericks tried to win again at Scotland ’89 but his team which has bee described as one of the best could not go beyond the quarter finals following defeat to Saudi Arabia who eventually won the cup. That was the team that paraded players like Victor Ikpeba, and Godwin Opara , two stars who became the first set of Eaglets to paly in the senior World Cup.

Brazil 2019 began well for Garba and the Eaglets as Hungary lost 4-2 in the first game. Ecuador went down 3-2. Victory also opened the tactics of Garba to scrutiny. The defence was not trustworthy. Alarm bells buzzed. Three-goal hero in the game with Ecuador, Said Ibrahim, would not have been on the trip to Brazil when he allegedly failed an MRI test.

In the Round of 16 encounter with Australia, it was obvious this set of Eaglets lacked everything that could crown a champion. Although Nigeria had qualified for the next round, the Aussies eventually ran away with a 2-1 triumph. Back home all hope seemed to have been flattened.

Australia did not have an edge over the Eaglets in rankings. At Japan ’93, Nigeria beat Australia 2-0. In Trinidad and Tobago, the Aussies got a 5-1 drubbing. In Chile 14 years later, Australia lost again, 6-0.

Holland delivered the killer punch when they sent Eaglets home in the next round. It was a deserved 3-1outing for the Dutch who managed to qualify for that stage of the competition as one of the best of the losers.

The NFF did not waste time in dismissing Garba for such a poor showing. The Eaglets are indeed the Brazil of the Under-17 World Cup. They have won the trophy more than any other nation. One may be right to say that the coach tried his best but in soccer, results determine the way to the bank and favourable results come with more openings

Garba enjoyed it in 2007, receiving a house with the Certificate of Occupancy [C of O ] signed by President Yaradua. In 2019, his sack letter did not waste time in coming. I am not sure Nigerians are complaining. 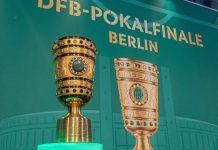