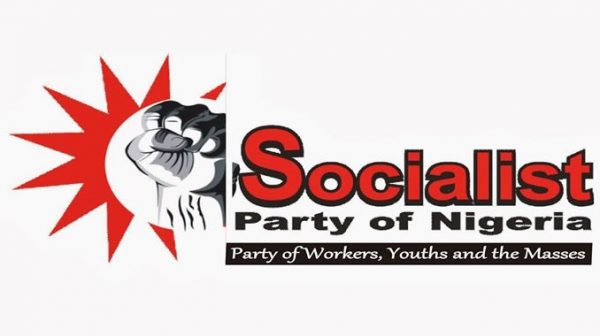 The Socialist Party of Nigeria, SPN, has condemned the arrest and detention of the leader of African Action Congress AAC and Publisher of Sahara Reporters, Omoyele Sowore, by the Department of State Service, DSS.

Sowore was picked up in the early hours of Saturday in connection with the planned ‘revolution’ protest scheduled for Monday, August 5.

In a statement issued and signed by its National Chairperson and Secretary, Abiodun Bamigboye and Chinedu Bosah, respectively, the party called for the immediate and unconditional release of Sowore.

It described the arrest as “an attack on democratic rights of not only of Sowore but also the organizers of the protest,” and that it further showed “the entrenched continuation of the lack of full democratic rights under Buhari’s government and its growing zero tolerance to oppositions and divergent opinion.”

The SPN called on labour and pro-masses organizations to “lend their voices to the demand for immediate release of Sowore and unconditional respect for democratic rights by Buhari government.

The statement read:” The Socialist Party of Nigeria SPN condemns the arrest and detention of Omoyele Sowore, the leader of African Action Congress, AAC, and Publisher of Sahara Reporters by the Department of State Service, DSS, today Saturday, August 3, 2019. We demand his immediate and unconditional release.

“We understand that the arrest of Sowore is not unconnected to a nationwide protest being planned by him and his party over the deplorable state of things in the country, growing poverty, and the failure of Buhari government on Monday August 5, 2019.

“Therefore, this arrest is an attack on democratic rights of not only of Sowore but also the organizers of the protest. It further shows the entrenched continuation of the lack of full democratic rights under Buhari’s government and its growing zero tolerance to oppositions and divergent opinion. Similarly, Abiodun Bamigboye, the Acting National Chairperson of the Socialist Party of Nigeria (SPN) has come under attacks and harassment of DSS and the Nigerian Police for defending the interest of workers. This is a clear indication of Buhari-led regime’s growing despotism.

“We are confident that Nigerians who are dissatisfied with the state of hopelessness will not be deterred by the arrest of Sowore or intimidation of other activists and organisations but will rather be determined to express their dissatisfaction to the failure of Buhari government on economy and security.

“At the same time we warn security operatives and Buhari government in general against any plan to repress the protest and attack the democratic rights of the protesters.

“We call on labour and pro-masses organizations to lend their voices to the demand for immediate release of Sowore and unconditional respect for democratic rights by Buhari government.

“Most importantly, the call by Sowore and the AAC for “#RevolutionNow” is a clear indication of the anger in society at the deteriorating situation in the country and labour’s lack of an effective fighting strategy and alternative political and economic programme to the crises of capitalism.

“The SPN believes that NLC President Wabba’s August 2 statement that the NLC has no plans for action on the implementation of the new minimum wage or other issues showed that the NLC leadership is going down the wrong path. We hereby restate our call for the Nigeria Labour Congress (NLC), Trade Union Congress (TUC) and the United Labour Congress (ULC) to organize a one-day warning general strike and mass protests to begin to organize workers, youth and oppressed people to fight back. This if linked with the building of a political alternative, can lay the basis for a movement led by the working class to take political power and put an end to the anti-poor Buhari/APC government and the capitalist system.

“More importantly, we would like those that are ready to protest on Monday and people that are generally angry to see that the Buhari government has failed on economy because it is built on anti-poor capitalist programme just like its predecessors which also failed.

“Also, the degenerating security situation is, apart from the role of the unresolved national question, an accumulated product of the failed capitalist programme of the successive governments on education, jobs, economy, etc which has provided fertile grounds for sprouting of different terrors in form of kidnapping, armed robbery, banditry and youth restiveness tormenting the ordinary people of Nigeria.

“So, it is very correct that Nigeria needs a revolution. However, it is not just a revolution to sweep away Buhari government but the entire thieving ruling capitalist elite and the capitalist state regardless of political parties, ethnic or religious background.

“It also means defeat and replacement of entire capitalist progamme including its variant like Private Public Partnership (PPP) which has proved to be the use of public resources for private profit.

“Therefore, we call on working people and youths to support the struggle to actualize a working peoples’ and poor government that will implement socialist programmes that will guarantee the use of human and material resources of the society for the benefit of all and not the greed of a few. This is what SPN stands and is struggling for.”