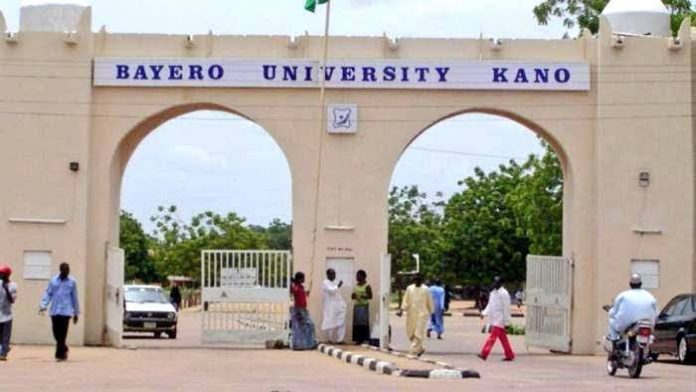 Bayero University, Kano (BUK), has announced death of a final year student from the Department of Library and Information Science, Babangida Ahmad.

The University’s Deputy Registrar in charge of Public Affairs, Mr. Lamara Garba, made the announcement in a statement on Friday in Kano.

He said that the deceased was also a spill over from Misau, Bauchi State.

A Spillover student is one who still has outstanding course(s),either failed or dropped, despite completing the number of years required for graduation, but has not exhausted the Residency for his/her programme.

Garba said that Ahmad’s roommates revealed that he collapsed in the early hours of Friday, in his hostel while preparing to go to mosque for Morning Prayer (Subhi).

He quoted one of his colleagues as saying that “Ahmad went out of the room around 4:30 a.m., where he suddenly slumped. He was rushed to the University clinic where he was confirmed dead.”

According to him, the University management had already contacted deceased parents about the incident.

“He has been taken to his home town for burial according to Islamic rites,” he said.

Garba revealed that prior to his death, the deceased has been visiting Aminu Kano Teaching Hospital (AKTH) for treatment of an ailment.

The deputy registrar noted that the Vice Chancellor, Prof. Sagir Adamu-Abbas, has condoled with the family and friends of the deceased.

He also quoted Adamu-Abbas as praying to the Almighty Allah to forgive his sins and grant him Jannatul Firdaus.

Garba explained that the deceased friends described him “as kind hearted, jovial and friendly, who relate well with his colleagues”. (NAN)