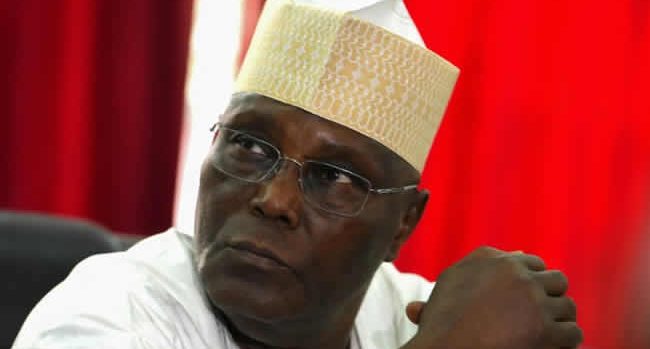 Former Vice President of Nigeria, Atiku Abubakar, has described the arrest of Mr. Omoyele Sowore as kidnapping in disguise.

Reacting to the early morning arrest of Sowore by operatives of the Department of State Services, DSS, Atiku noted that freedom of speech was not only guaranteed by the constitution, but the structure of the nation’s democracy.

Atiku opinions were made known in a tweet at his personal handle.

The tweet read: “Freedom of speech is not only constitutionally guaranteed, it is the substructure of our democracy. These kidnappings in the guise of arrests stand condemned. – AA”

Recall that Sowore was picked up from his Ikeja house at the early hours of Saturday.

The action, which many see as being connected to the planned protest tagged #RevolutionNow Protests scheduled to hold on August 5, has been widely condemned by Nigerians across the country.