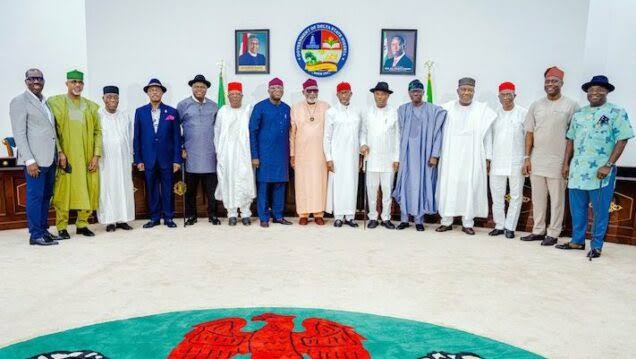 The governors of states in Southern Nigeria are currently in a closed-door meeting at the Government House, Enugu, the News Agency of Nigeria (NAN) reports.

Southern Nigeria is made up of 17 states in three geopolitical zones of the country; namely, South-East, South-South and South-West.

As at the time of filing this report, nine governors and seven deputy governors had arrived.

Others are Governors Rotimi Akeredolu of Ondo, Adegboyega Oyetola of Osun, Douye Diri of Bayelsa, Dapo Abiodun of Ogun.

Meanwhile, Anambra was not represented in the meeting.

NAN further reports that the meeting had previously held in Asaba in Delta and Lagos. (NAN)