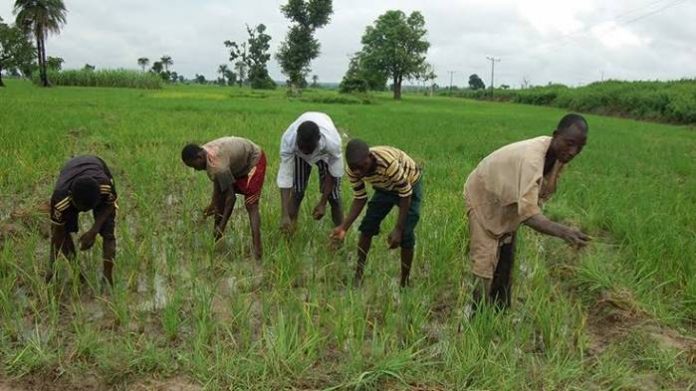 South-East farmers, under the umbrella of Igbo Farmers’ Progressive Union (IPFU), have resolved to ensure that farmlands in the geo-political zone are protected from external aggression by terrorists masquerading as herdsmen.

The IPFU, which spoke through a statement by Mr. Maxi Okwu, its Protem National Chairman and Mr. Uchenna Nnadi, Protem National Secretary, on Monday, after the group’s meeting in Enugu, expressed worry that their lives, ancestral lands, and communities had been under threat of being overrun.

The group, in the statement made available to THE NEXT EDITION, expressed deep concern over what it termed “the nefarious activities of the cattle herdsmen”, who it stressed, had been wreaking havoc on our farmlands, even as they unleash terror and intimidation among the people.

The group maintained that the herders attacks had made the ordinary farmer very cautious in tilling his land for farming purposes, to the point of abandonment.

“We are totally dismayed by the fact that the security agencies seem not to have recorded much success in arresting this ugly development, which has now snowballed to include murder, kidnapping and rape.

“As the face of the New Farmer and modern farming methods in Igboland, we are committed to improvements in agricultural production and thereby ensuring better yield in produce and protection of our numerous subsistence farmers, the silent and dominant workforce of Igboland.

“IFPU is not out to lament, we are not out to plead, we know where it pinches and we are determined to ensure that our land is protected.

“We are encouraged by the words of the South-East Governors Forum that they would not allow RUGA, NLTP or any other acronym the Federal Government of Nigeria (FGN) chooses to adopt to sell their duplicitous agenda.

“We are equally heartened to hear the South-East Governors Forum pledge to encourage Igbo farmers and entrepreneurs who want to go into ranching of our delicious Efi Igbo (Igbo cow).

“We are gladdened by the pro-active measures adopted by the SE Governors Forum at their meeting of July 28, 2019, to curb this menace. We would wish to suggest that the Forest Ranger initiative be backed up by legislation proscribing open grazing on our farmlands, thereby giving legal muscle to the operations of the Forest Rangers.

“IFPU acting as a pressure group, will hold the feet of our political leaders and stakeholders to the fire, and ensure this lofty goal is achieved. We would also interface with other Igbo leaders and pressure groups to ensure the voice and the will of the farmers never gets suppressed in this struggle,” the statement said.