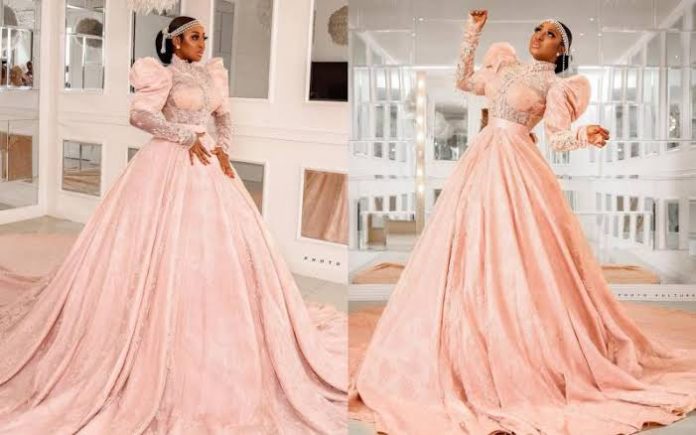 In what seemed like a festival of celebration, a lot of Nigerian celebrities and entertainers celebrated their birthdays the previous week.

The News Agency of Nigeria (NAN) while keeping tabs on celebrities’ world, however, observed that mixed feelings trailed reports from the entertainment industry which was filled with celebrations, sadness and death.

On May 8, Nigerian actress, Ini Edo, dazzled her fans when she shared stunning pictures of herself on her Instagram page in celebration of her 40th birthday.

The actress, who was quickly congratulated by fans, shared a picture where she was carrying a cake with the caption “The unending birthday… the 4th floor is quite welcoming.”

Veteran actor, Adebayo Salami, popularly known as “Oga Bello”, took the baton of celebration on Monday when he was surprised with an SUV by his children in celebration of his 70th birthday.

Families and celebrities paid tributes to the veteran actor as he prayed for his children, saying that, “life makes more meaning to me at 70. May Allah not let me bury any of you.”

Nigerian singer and songwriter, Olawale Oloforo, popularly known as Brymo, also celebrated his birthday on the same day with a video of himself on his Instagram page, where he was performing to one of his songs and captioned “happy birthday to me.”

The day did not end without a drama on social media involving Nigerian actress, Mercy Aigbe, her new husband, Kazeem Adeoti and the first wife, Funsho Asiwaju.

Asiwaju had in a post on her social media page called out Adeoti to warn Aigbe from posting pictures from the house she claimed to have contributed more to the building and furnishing.

Adeoti, a movie promoter, however, responded, saying that he contributed largely to the building of the house and that Asiwaju was only pained he took another wife which his religion permits.

The Instagram model shared loved up pictures and video with the singer and captioned it “Happy birthday to mines. Wishing you many more years of greatness. Minebaby.”

Nigerian actress, Nkechi Blessing, then came with the drama when she accused her ex-boyfriend of trying to be relevant when the latter during an Instagram live, apologised for messing up their relationship.

Fans of popular actress, Genevieve Nnaji, also trended an hashtag ,”prayforGenevieve”, when an online medium shared a report that the actress is currently mentally unstable.

The actress had on the previous day deleted all posts on her Instagram page and also unfollowed everyone which fuelled the report but she later shared a picture of herself doing a painting.

Some fans, however, insinuated that the act was a publicity stunt as the President of the Actors Guild of Nigeria (AGN), Emeka Rolland, also told NAN that he was not aware of Genevieve’s exit on Instagram and would have to reach out to the actress before speaking on the mental illness rumours.

On Wednesday, Nigerian artiste, Oniyide Azeez, popularly known as Zinoleesky, revealed in a Twitter post that he had been unable to find real friends since he became famous.

Zinoleesky, a signee signed of Marlians Records, wrote on his Twitter page, “It’s crazy how money or fame doesn’t get you real friends… I just dey improvise.”

The Nigerian movie industry on Thursday, however, mourned the death of Gbenga Richards, an actor who died during the early hours of the day.

Richards was reported to be battling diabetes and other sicknesses during which his colleagues tried raising money for his treatment in 2021.

On the same day, Nigerian comedian and actor, Ayo Makun, popularly known as AY, during a session on Instagram revealed that he did not have any issue with comedian Bright Okpocha, known as Basketmouth.

AY, however, said that Basketmouth had “uncontrollable superiority complex”, and that that he had to avoid Basketmouth’s “incessant childishness”, so as to maintain his sanity.

“I don’t have issues with him. But people having unnecessary issues with you is the price you sometimes pay for being progressive.” he said.

NAN reports that both artistes and Drake had done a song together titled, “Wait For U”, which debuted at No. 1 on the Billboard Hot100 charts.

Future, on his Twitter page wrote “@temsbaby voice is amazing” and added that he felt a connection after hearing her voice over a beat by ATL Jacob, one of the producers on his new album.

“As soon as I heard the @temsbaby sample over @atljacobbeatz, it instantly connected to my soul….Even though “Wait For U” is a sample and not an original recording, I still put it featuring @temsbaby, if you aren’t familiar with her work. Thank you, Tems,” he said.

Tems also replied to the rapper, saying “Appreciate you! @1future.”

As if they were in a competition, former Big Brother Naija winner, Whitemoney, released a song titled “Na we we,” DJ Spinall featured Asake on Palazzo while Burna Boy dropped a new single, “Last Last,” ahead of his forthcoming album, Love, Damani. 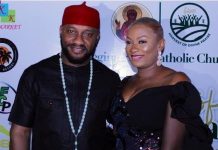 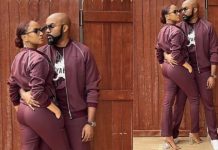 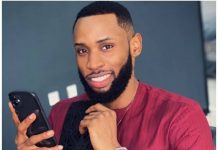