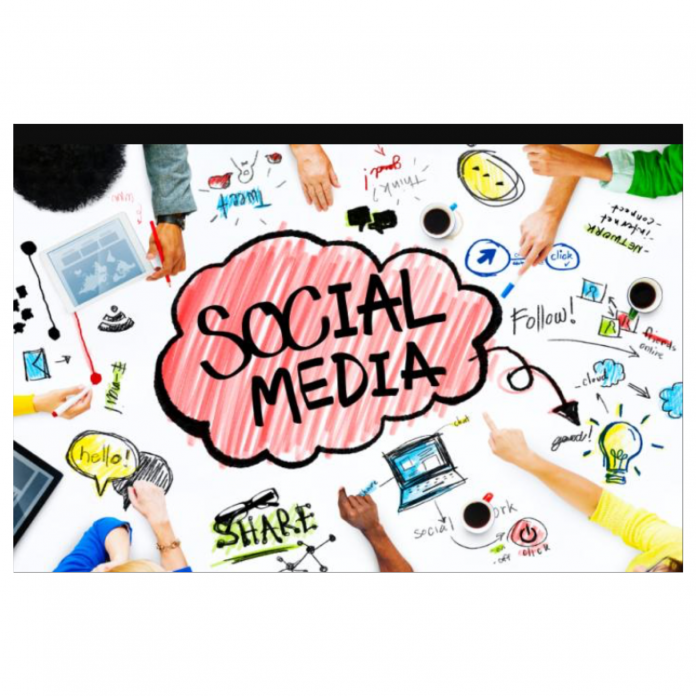 The advent of Social Media crept up on us and all of a sudden it has become a defining factor in most people’s lives. It is especially popular amongst the Millennials and Generation Z.

Most of aforementioned groups have a Facebook, Instagram, Twitter, or Snapchat accounts, sometimes all four and then others. Everyone is constantly face down in their handheld devices or computers, catching up, talking to or just going through feeds of people they most likely will never meet.

Simon Sinek, TED talk sensation asked some questions earlier this year, “Do you text other people while you’re sitting at dinner with friends? What about place your phone on the table during meetings? If you answered yes to one or both of those questions you’re suffering from a social media addiction as harmful as a fully-fledged dependency on booze or ciggies.”  Sinek said using social media or checking our cellphones releases dopamine, the same ‘feel good’ chemical in our brains as smoking, drinking and gambling.

A 2015 study in Denmark found people who gave up Facebook altogether for a week reported feeling greater satisfaction and more positive emotions. This was in because fixating on other people’s highlight reels could be playing a major part in getting you down. The truth of the matter is that most of those ‘highlight reels’ are smokes and mirrors anyway, social media has promoted the living in the fast lane life, so many filters so things don’t appear as they really are. It is not right to draw conclusions on one’s life based off on this. Recently, a lot of young people in the western world are going on Facebook Live to commit suicide as if this makes them die a hero or martyr of some sorts. The sad part in this particular issue is while the live feed is going on, you will see some people encouraging him or her instead of trying to help and talk them down.

Bringing it back home to Nigeria, the pressure is on as well especially for young ladies. The pressure to look just right, act in an ‘acceptable’ way, the question, however, is acceptable to whom? So many young people are compromising themselves and their values in a bid to get approval / likes online. The terminologies have sprung up and we are now running from pillar to post to fulfill and meet the requirements to belong to these exclusive sects. For something that seems to be so full of both known and unknown evils, are there any upsides to it? Surely, there is also a lot of positive aspects to it. There’s still much to be gained when used properly.

Mutual Interest   – On any of the social media platforms, chances are you are likely to find several people interested in the same things that you are interested in. This can foster a lot of knowledge sharing. You can pick and choose who you deal with based on this, it helps filter your feed so you see and possibly get influenced by only said field. Tips and ideas can also be shared covering a wide range of topics, e.g. a platform called Pinterest, you can literally put a search in for any subject and tons of information come up and then you  can pick and choose relevant ones. This is one of the positive uses of it.

Worldwide Networking – When Facebook came out newly, it was peddled as a platform to search for and find old school friends you had lost touch with, even distant family members. For the most part, it still works this way. Social media is a great tool to get back in contact with people who you no longer had their contact details after school or maybe those who moved away. It is also a great way to connect with business partners across the country and the world at large. Lewis Howes, a well-known Author and entrepreneur got his start from linking up with professionals in various fields on Linkedin, a platform that enhances business and work relationships as well as connect people with possible future employers.

Real-Time Information Sharing – Many social networking sites incorporate an instant messaging feature, which lets people exchange information in real-time via a chat. This feature is great for online learning as it facilitates in-class discussions centering around the topic being taught.  This feature doesn’t just work for schools; most businesses are having meetings online now as it saves time and resources. These platforms are also used to interact with customers. In Nigeria today, Instagram has become a great place to peddle your wares. Once you see what you want and you are sure the page is credible, (This can be checked by looking out for people who have had dealings with them in the past. Most pages will put up images of satisfied customers and you can equally go to their pages to confirm). You send one of these chats in real-time and communicate on pricing and delivery. Instagram in Nigeria has really helped a lot of businesses start up and bloom, especially credible ones as reviews count a lot.

Cyber bullying – As we become deeply engrossed in social media, cyber bulling also known as trolling has been on the rise as well. Unlike the traditional bullying that has a physical interaction, cyber bullying is not limited to that. It can go on for 24 hours of the day, and sometimes there is no face attached to the bullying. ‘Trolls’ now take pride in how hateful they can be in the comments section of anyone’s page and how hurtful they can be. Ordinarily, there would be no problem, but with social media, we are dealing with young impressionable boys and girls that may take everything said online to heart and that is where the problem lies.

Backlash – Most people online these days fail to understand as the world changes, future employers are now looking at social media profiles and feeds of potential employees before hiring. So the ripple effect to that is something that may have been said in jest or in response to a joke or just out of sheer carelessness can be taken out of context and what could have been a good job opportunity is lost as a result of that backlash. In an age where selfie is the norm, the over-sharing may even be altering our worldview by creating a more narcistic mindset.

Time Wasting – Business Insider reports the social media is the most popular use of the Internet – surpassing email – and smartphones and other mobile devices seem to be the driving force behind this trend. Most of the time spent on social media is occurring at work and this can cost companies money through loss in productivity especially if time spent on social media is not work related. In schools, even though most schools don’t allow children to use phones during class hours, after classes most kids are spending more and more time on social media. That leaves them with lesser time to spend on their studies and that reflects on their report cards at the end of the term.

When using any social media platform, be responsible. Don’t do something because it’s trending or all your friends are doing it. It’s best to err on the side of caution and protect your privacy. So much of your future could be dependent on what you put out there so it’s best to be careful what you post, opinions and views you leave behind, and treat others as if you were in a face-to-face situation.