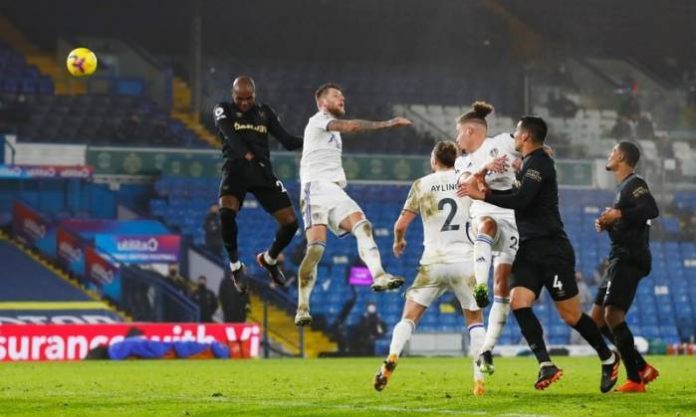 Goals from midfielder Tomas Soucek and defender Angelo Ogbonna ensured that West Ham fought from a goal down to defeat the hosts.

West Ham goalkeeper Lukasz Fabianski conceded a penalty in the second minute, when he brought down Patrick Bamford and seemed to have redeemed himself by saving Mateusz Klich’s spot kick.

However, a retake was ordered due to Fabianski leaving his line and Klich scored at the second attempt.

Soucek put West Ham level in the 25th minute, out-muscling defender Stuart Dallas to head the ball into the net.

The visitors took the lead thanks to Ogbonna’s far-post header from an Aaron Cresswell free kick ten minutes from time.

Now level with Chelsea as the league’s best scorers from set pieces with eight goals, the win lifts the Hammers to fifth spot in the standings with 20 points after 12 games.