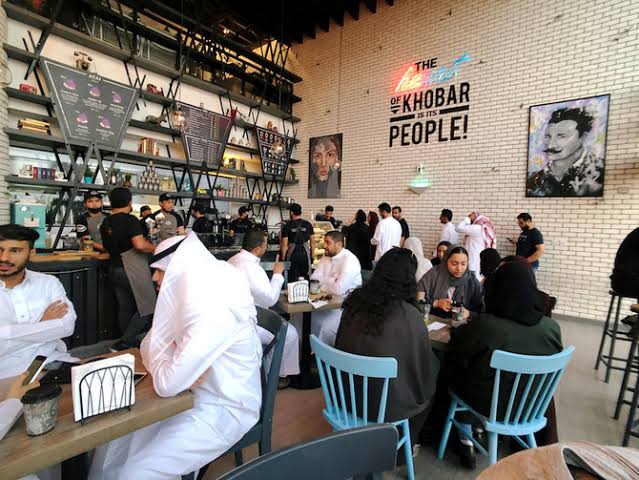 Saudi Arabia will no longer require restaurants to have separate entrances segregated by sex, the government says.

Previously, it was mandatory to have one entrance for families and women, and another for men on their own.

The restrictions had already been quietly eased in practice, with many restaurants, cafes and other meeting places no longer enforcing segregation.

A series of sweeping social reforms in Saudi Arabia has been accompanied by an intensified crackdown on dissent.

Earlier this year, a royal decree allowed Saudi women to travel abroad without a male guardian’s permission, and in 2018 the Gulf kingdom ended a decades-long ban on female drivers.

But activists complain that many laws discriminatory against women remain in place. And several prominent women’s rights advocates have been arrested even as the government has made reforms.

On Sunday, the Saudi ministry of municipalities said that restaurants would no longer need to maintain sex-segregated entrances. Instead it would be left up to businesses to decide.

Until now, inside restaurants, families and women were usually cut off and separated from men on their own by screens.

Since Mohammed bin Salman was elevated to crown prince in 2017, he has made moves to open up Saudi Arabia’s extremely conservative society.

His reforms have won praise in the international community but have been accompanied by a wave of repression.

The murder of prominent Saudi journalist Jamal Khashoggi in 2018 in the kingdom’s consulate in Istanbul drew intense international condemnation but key world leaders, including US President Donald Trump, have continued to stand by Saudi Arabia.

Saudi officials have said Khashoggi, a high-profile critic of the government in Riyadh, was killed in a “rogue operation” by a team of agents. But many critics believe otherwise and a UN expert concluded that the death was an “extrajudicial execution”.