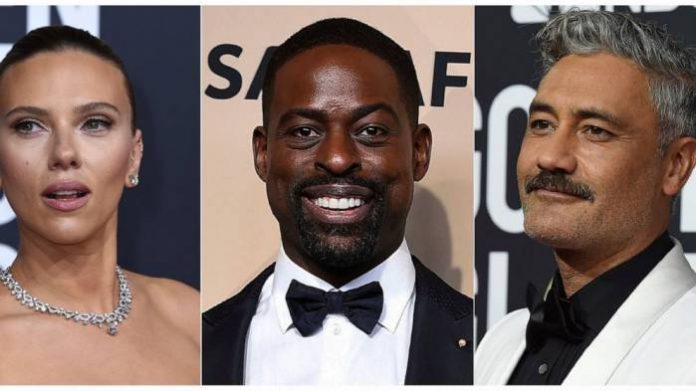 Scarlett Johansson, Sterling K. Brown and Taika Waititi will be up for Screen Actors Guild Awards and also handing them out at Sunday’s ceremony.

They are part of a new batch of SAG Awards presenters announced on Friday,
along with Roman Griffin Davis, Jason Bateman, Lili Reinhart and Kaitlyn Dever.

They will join previously announced presenters including Lupita Nyong’o
and Phoebe Waller-Bridge, as well as Leonardo DiCaprio, who will present the SAG Life Achievement Award to Robert De Niro.

Most of the presenters are also nominees.

Brown, a four-time SAG Award winner, is nominated for best actor in a television drama for “This Is Us.”

The AP reports that the 26th annual Screen Actors Guild Awards will be held Sunday at 8p.m. EST at the Shrine Auditorium in Los Angeles.