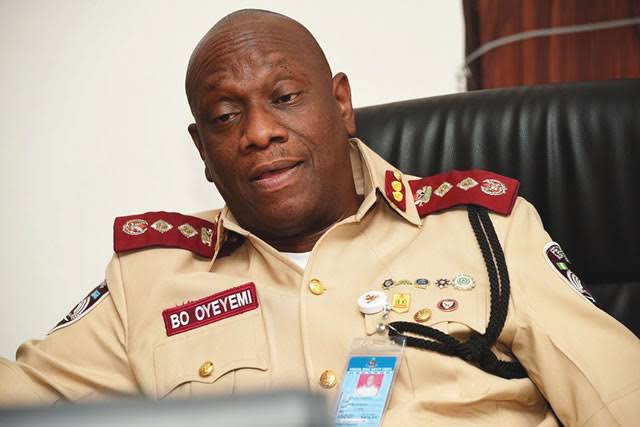 The Corps Marshal, the Federal Road Safety Corps, (FRSC), Boboye Oyeyemi has clarified the difference between Riders Permit issued to motorcycles and tricycles across the nation and the National Drivers License, NDL.

The Corps Marshal’s clarification became necessary following the confusion among tricycle and motorcycle operators who mistake Riders Permit issued in their respective states for the National Drivers License, NDL.

According to him, the two are different documents and permit can never be used in the place of the NDL.

Speaking through the Corps Public Education Officer, Bisi Kazeem, Oyeyemi said the NDL is a national security document that embodies drivers information as contained in the national drivers database.

He said all over the world, Drivers License is the only document that gives a trained, qualified and certified driver the right to drive on the road and Nigeria, having successfully acceded to the six United Nations Conventions cannot operate in contrast to global best practice in that regard.

“The idea behind NDL is to ensure that every driver on the road has their information captured in the database, for the enhancement of security of all road users and for intelligence gathering among the law enforcement agencies.

“The relevance of the document not only as a means of identification cannot be overemphasized.”

The Corps Marshal, cautioned all operators who use drivers permit as an alternative to the national drivers license to desist from such henceforth to avoid arrest and penalties.

“We want to sensitise all motorcycle and tricycle operators who hitherto did not know the difference between the NDL and the Drivers Permit to ensure that they go ahead to procure their licenses as violators will be penalised,” he advised.