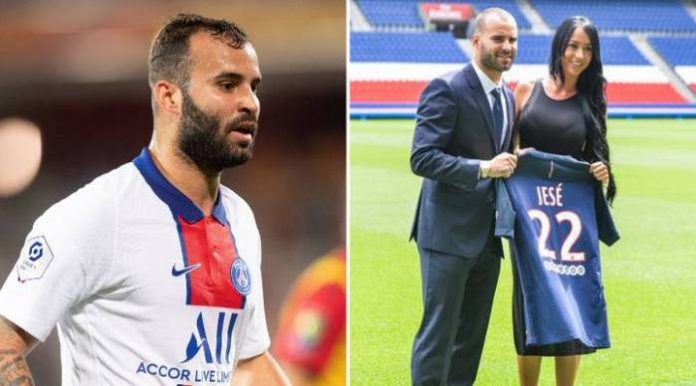 Jese Rodriguez has been sacked by Paris Saint-Germain after a sex scandal.

The 27-year-old was accused of cheating on his partner Aurah Ruiz with her friend, and last month was snapped at a party in Gran Canaria not wearing face-mask and ignoring social-distancing rules.

PSG president Nasser Al-Khelaifi reportedly ran out of patience with Rodriguez’s personal life and scandals and terminated his deal.

A club statement read: ‘Paris Saint-Germain and Jese have agreed to terminate the player’s contract, which expires on June 30, 2021.

‘Paris Saint-Germain wish Jese the best in the rest of his professional career.’

Rodriguez split with his partner and the mother of his child in January 2018.

The got back together but the former Stoke City player has now been accused of cheating on her with her model friend.

She posted clips on her Instagram that include the player branding his partner “crazy” and ” boring.”