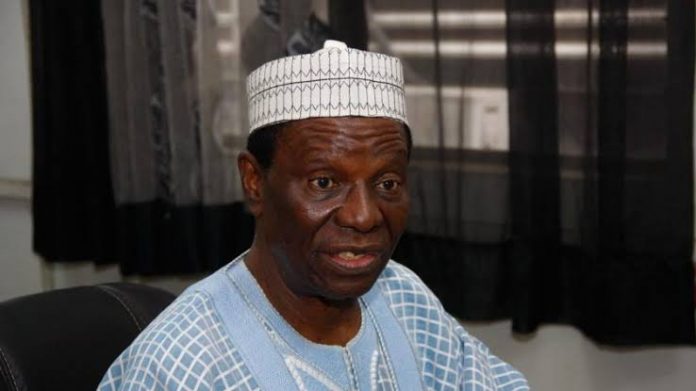 So much has been said in the last two weeks about taxation as if Nigerians are oblivious of its crucial importance. Perhaps, it is time to tell our leaders that we, lay-economists, are aware that governments all over the world levy taxes for societal development and that Nigeria has for long been unable to raise enough funds to meet all her needs. It is a fact which seems to explain the resort to borrowing by the present administration like others did in the past.

Painfully, it is not only that we are yet to have enough to move the nation forward; there is now a new problem which is that a huge fraction of our resources now goes for debt servicing.

Understandably our revenue generating bodies have been placed on red alert to take us out of the woods making some of them behave as if they are ready to perform magic. For instance, the Federal Inland Revenue Service (FIRS) is planning to introduce communication tax to the country.

Babatunde Fowler, the Chief Executive of the FIRS may be an expert in revenue collection, but obviously not a good communicator. Speaking to the media on the subject in Abuja last week, Fowler said he wants to introduce communication tax because Nigerians talk too much. Hear him: “I will put it this way, Nigerians talk a lot on the phone; they even talk more than is required so for them to have capacity or revenue to talk that much, I don’t see any harm in paying a little bit more to government.” He has probably not averted his mind to section 39 of the Constitution of the Federal Republic of Nigeria 1999 as amended which says, “every person shall be entitled to freedom of expression including freedom to hold opinions and to receive and impart ideas and information without interference.” If the pervasive nature of the digital platforms of the social media influenced the proposal to tax our talks, we need to point out that to facilitate the use of our power to talk, the same communication explicitly empowers us to “own, establish and operate any medium for the dissemination of information, ideas and opinions.”

Nothing in our constitution suggests that during dissemination of information, the tax man is allowed to contravene the constitutional blank cheque (without interference) in our possession. So, we can talk ad infinitum provided our talks do not, according to section 45 of the constitution defame any other person or negate the interest of defence, public safety, public order, public morality or public health. What is more, this freedom to talk is not a Nigerian idea; it is instead a universal human right as provided for in Article 9 of the African Charter on Human and Peoples Rights; Article 10 of the European Convention for the Protection of Human Rights and Fundamental Freedoms; and Article 13 of the American Convention on Human Rights. All these legal instruments collectively agree that ‘everyone has the right to freedom of opinion and expression; including the right to hold opinions without interference and to seek, receive and impart information and ideas through any media and regardless of frontiers.’

About 50 years ago, the United Nations Scientific and Cultural Organization (UNESCO) had the invaluable role of communication in development in mind when it declared the 1970s as the communication decade. The premise was that when government talks to the people, they get to know not just her plans but also what is actually achieved in their interest. This is what public enlightenment is all about. Again, when people talk to government, she gets to know their feelings and aspirations. For those who can’t hear directly from government, opinion leaders help out. This strategy, which is known as the two-step flow in communication studies, is helpful as it facilitates information dissemination in society. Again, some people best understand messages only when they are related to them by their peers. These useful multiple steps flow cannot be achieved in a nation where a tax is placed on communication.

READ ALSO: Death Of Civility And The Rise Of Rage

As if unaware of UNESCO’s persuasive declaration, Nigeria till today has not evolved a viable communication policy. All that she did was to organize a one-week seminar at Topo, Badagry in 1987 to kick-start the formulation of a communication policy. Papers of the documents have since remained in official shelves thereby explaining the long-lasting discomfort of government to free speech particularly dissenting opinions. Luckily, telecommunication revolution has reversed the situation to make communication an inevitable activity for all. If communication tax is introduced, some revenue that may accrue cannot withstand the gamut of damage it will create.For instance, the gap between the government and the governed could burst with grave consequences.

In any case, is revenue collection the only way to raise revenue for development? Should we, as a nation, not spend some time now closing all the leakages in our financial framework? For example, we have forex problem today because of collusion between some foreign interests and some of our banks. According to Anthony Ani, a former Finance Minister and architect of diaspora remittances in 1996, there is massive foreign exchange laundering going on in our banks. The statesman points to an inexplicable conversion of foreign currencies sent from abroad first into naira before payment to the beneficiaries instead of direct remittances into domiciliary accounts. If sharp practices like this are quickly curbed, we will not have to tax everything under the sun to survive.

There is also the issue of our unending high cost of governance. Many Nigerians are still shocked that an unduly inflated bureaucracy is still with us. While we expected an executive bill seeking to reduce the number of Ministers, government surprisingly surpassed the minimum figure of one minister per state. Besides, there are avoidable special assistants/advisers here and there at both the federal and state governments. In 2011, government invited one Mr. Richard Dowden a London-based public affairs analyst to deliver that year’s independence lecture. The man pleaded with government to do something about the stupendous remunerations in the National Assembly- a claim outspoken senators like shehu sani did not dispute. Yet, no one has been able to interrogate such bogus expenditure, in which the newspaper allowance of some Nigerians are reportedly higher than the salary of a Director in the public service. Can we therefore understand the complain about N30,000 minimum wage or be persuaded to embrace communication tax?

National prudence cannot be sustained without leadership by example. In 1975, the government of General Murtala Mohammed introduced a policy of every top office holder gets one official car not higher in value than the ‘PAN-made’ 504 car. The policy was instructive; yes, our austerity was to be shared by all. Communication tax or any other tax will get feeble support if some people are allowed to remain in luxury.

* This article was first published in Vanguard newspaper of October 13, 2019.