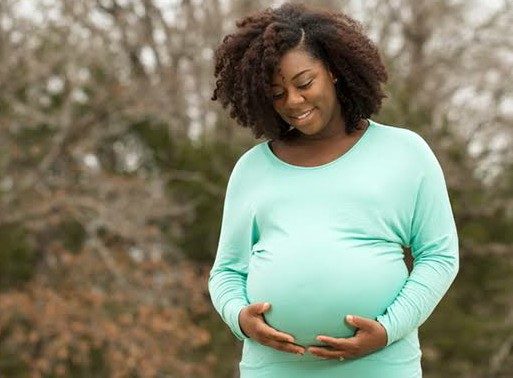 When you’re pregnant, especially for the first time, EVERYONE usually has an advice or 100 to share, solicited or unsolicited. In a typical Nigerian culture, mothers will tell you so much about pregnancy, a first time mum won’t know what to actually believe.

Oftentimes, some of the information passed on as facts are not but myths that have been handed down from generation to generation.

MYTH ONE: You’re eating for two

Pregnant women are encouraged to ‘over eat’ in most cultures on the basis that they are eating for two people.

FACT: A pregnant women needs to eat an additional 300 calories on the average. There is no need to have two full meals meant for two people while pregnant. The amount of calories consumed depends on the height, weighty and level of activity of the woman, the trimester of the pregnancy will also play a part.

MYTH TWO: You can tell the sex of the baby by the shape of the stomach

It is largely believed that if your belly falls low then are having a boy and if your belly is high, you will give birth to a girl.

FACT: This is not true. The shape of a woman’s stomach during pregnancy is dependent on the physical structure of the woman’s body like the strength of her abdominal muscles, the structure of her uterine muscles, her muscle tone and the number of childbirths.

Most people frown at pregnant women exercising as they believe it will either cause a miscarriage or induce premature labour.

FACT: Pregnant women can actually benefit from regular to moderate exercise. However, it is important that your doctor clears you for exercise. Exercise may also help you prepare for the delivery. This is why doctors and midwives advise women in labour to walk up and down during labour to speed up the process.

Some people believe that eating hot and spicy foods can lead to miscarriage and induce labour.

FACT: There is no evidence to support this myth. The only disadvantage of eating spicy food is the heartburn and gas that you may have to suffer through later. If you include a moderate quantity of spicy food in your diet during pregnancy, it will do you no harm.

MYTH FIVE: Drinking Cold water is bad for the baby

FACT: There is no direct pathway between your intestines and the uterus. Any water, oxygen and nutrients you give to the baby are passed from your blood to the baby’s blood via the placenta. This makes drinking cold water a non issue.

MYTH SIX: If you see a masquerade while pregnant your baby will be ugly.

FACT: This myth has no bearing in science. How your baby will look depends on the parents’ features. What you see or don’t see has no bearings at all on your baby’s features.

MYTH SEVEN: Don’t eat okro while pregnant or your baby’s face will ‘draw’

FACT: It goes without saying that what you eat also has no effect on your baby’s face. You can only eat healthy so as to help your baby develop well.

FACT: Flying doesn’t harm the baby in any way at any stage of the pregnancy as long as the cabin is pressurized. Airlines only stop pregnant women from flying especially in the last trimester so as to avoid them going into labour on the plane.

So if you are pregnant, forget the myths and enjoy the pregnancy. Do your best to stay healthy and out of harm’s way and things will turn out well.