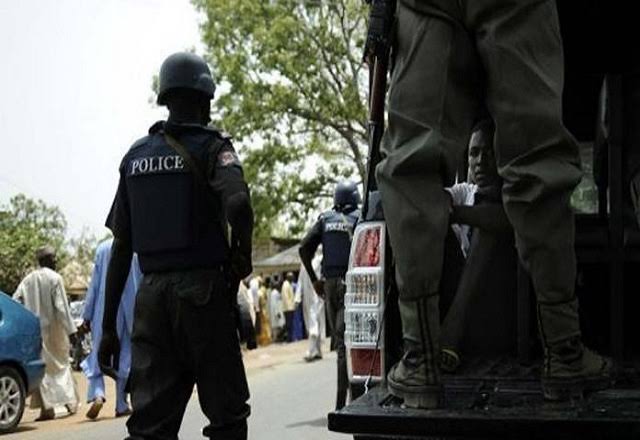 The Police in Kwara on Saturday averted a bloody clash between personnel of state Road Traffic Management Authority (KWARTMA) and Nigeria Customs Service (NCS) over a minor incident.

Bello said that it took the intervention of the Police Public Relations Officer (PPRO) in the state, Mr. Ajayi Okasanmi, to avert what could have led to a serious chaos between his officers and men and officers of the state command of the NCS.

Bello explained that a vehicle belonging to an officer of the NCS had earlier been towed to their office before heavily armed men from the Customs Service stormed the KWARTMA office to forcefully remove the vehicle.

The KWARTMA boss said a lady had parked her vehicle on Ahmadu Bello Way, a place he explained was clearly marked with no parking signs.

“My men clamped the car and they called in a towing vehicle to tow the car, they brought the car to our yard, luckily I was in the office.

“The lady came into our office, it wasn’t only her car, I think about two or three other cars too, there is nothing I can do because that is an area forbidden for parking.

“You as a learned person, you saw no parking there, why did you parked there, she said she told one of my officers before she parked and I told her none of my officers will ask you to park because we are placing them there to prevent anybody from parking,” Bello said.

He explained that the fine ticket (N10,000) was raised and there is nothing he can do to assist the officer from making the payment.

“Thinking she has accepted what I told her, only for me to come out of my office and I saw a Customs patrol vehicle with armed men, strategically stationed here and there.

“I say they should go and block the gate, if she thinks she can bring armed men to come and intimidate us,” Bello added.

He further clarified that the Police PPRO (Okasanmi) intervened and begged him to release the vehicle, which he explained that he could do nothing because the ticket had been raised.

The KWARTMA boss also confirmed that the lady later apologised to him for her inactions and her car subsequently released to her.

Reacting to the development, the Customs Public Relations Officer of the Kwara Command, Mr. Zack Chado, confirmed that the lady was an officer in the command who went to buy some items in the market and had gotten the approval of a KWARTMA officer before she parked her vehicle.

“The guy told her she cannot park there but she showed her identity card that she’s an officer that she just want to buy garlic and onions, that she is not staying long and the guy allowed her to park.

“Before she came out, she saw people towing her vehicle, she didn’t park on her own, someone gave her permission to park.

“She stopped a bike and went to their office even before the arrival of her vehicle, she told the man she met in the office that someone gave her permission to park.

“The man insisted that there is nothing like that and asked her if she can identify the guy that gave her permission.

“She begged the man before she called the Police PRO to intervene, but the man still did not release the car, she now said let me call office.

“The person she called was on their way to patrol and they used the opportunity to pass through that office, the officers were with rifles, so they thought they were there to remove the vehicle, which is not true,” Chado told NAN.

He also explained that after much ado, she paid the stipulated N10,000, but they could not issue receipt for the payment.

The Customs spokesman also confirmed that the front bumper of the vehicle was damaged and that infuriated the officers.