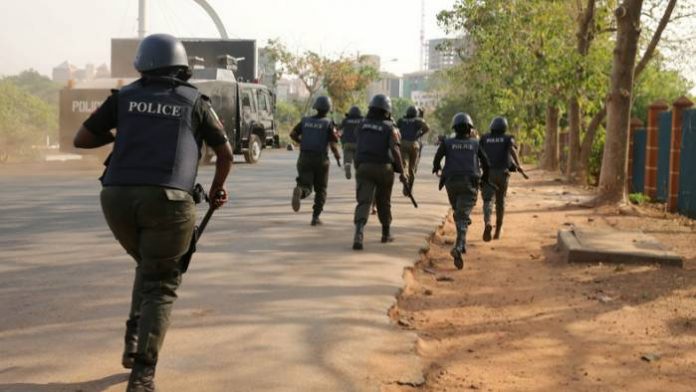 The suspects, accordingly, were apprehended at different locations in state.

This was disclosed in a statement issued by the command’s spokesman, Bala Elkana, on Sunday in Lagos.

According to him, the suspects were arrested following reports on their criminal activities.

The statement said: “On July 19, at about 1:30 p.m., Ilasan Police Station received information that a group of hoodlums suspected to be armed robbers/cultists, were sighted behind Angle 90 bar, Ilasan, Lekki.

“A team of Policemen was quickly mobilised to the scene. The leader of the gang, one Ibrahim Abu, 32, and four others – Samuel Usai, John Nwaru, Emmanuel Moro and Michael Daniel – were arrested.

“On searching the suspects, one locally-made pistol with 10 cartridges was recovered. Investigation is ongoing, suspects will be charged to Court.

“On July 17, at about 8:30 p.m., operatives of Operation Crush, acting on intelligence reports, raided some criminal hideouts within Akerele areas, Agege.

“During the raid, 34 suspects known as ‘awawa boys’, who have been terrorising the areas, were arrested while seven bags of weeds, suspected to be Indian hemp, were recovered.

“The suspects have been handed over to Taskforce, Oshodi for prosecution.”

The statement further disclosed that on July 16, at about 9:30 p.m., youths from Idiroko, Adeola and Ajose in Owutu area of Ikorodu, engaged themselves in a supremacy fight at Idiroko area, Owutu, Ikorodu.

“In the process, the youths attacked passersby and damaged some vehicles within the area. When the Police Command was alerted, combined teams of Policemen mobilised to the scene and successfully brought the situation under control and restored normalcy to the area.

“The Police teams arrested 38 suspects and took them to Taskforce, Oshodi for prosecution, while security was beefed up in the area to forestall further threat to law and order.

“Also on July 20, at about 9:45 p.m., Bariga Police Station arrested the alleged leader of a group of `Aiye confraternity’ in the area, one Alayakin Azeez Olawale, 32, at Egbenrogde Street.

“Members of the group had earlier in the day attempted to cause a breach of the peace within Bariga town.

“In all of the arrests, investigation is ongoing and the suspects will be charged to Court soon,” the PPRO said.