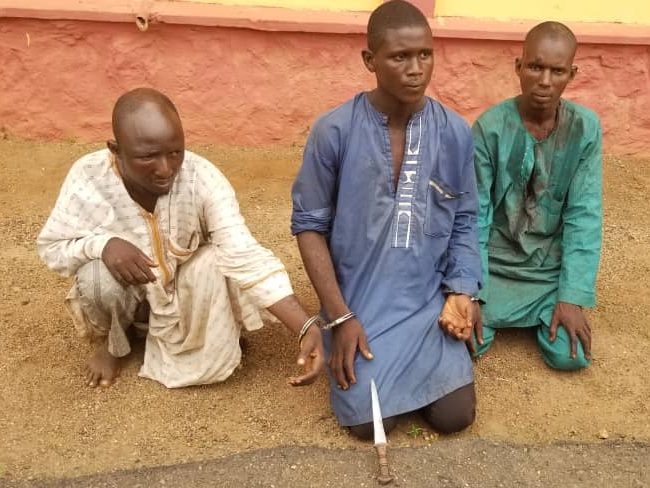 Sowemimo was allegedly killed in his farm at Adao Village in Alabata in the LG. on Sunday.
According to the Police Public Relations Officer in the state, Abimbola Oyeyemi, the suspects were arrested on Monday.

In a statement issued in Abeokuta on Monday, Oyeyemi said the arrested suspects include Muhammed Adamu, Saliu Ismail and Saliu Adam.

“The arrest of the suspects followed a distress call by people of Adao Village in Alabata area of Odeda Local Government Area that some herdsmen while grazing their cattle entered the farm of one Rafiu Sowemimo and destroyed some of his crops.

“The victim thereafter accosted the herders and challenged them to know the reason behind their destructive action. This led to an altercation between him and the herders, consequent upon which the herdsmen stabbed him to death.

“In compliance with the CP’s directive, the officers led other policemen to the scene and with information from the natives; they were able to arrest the three herders who perpetrated the heinous crime”.