Home Foreign Philippines Lifts Suspension On AstraZeneca Vaccine For Under 60 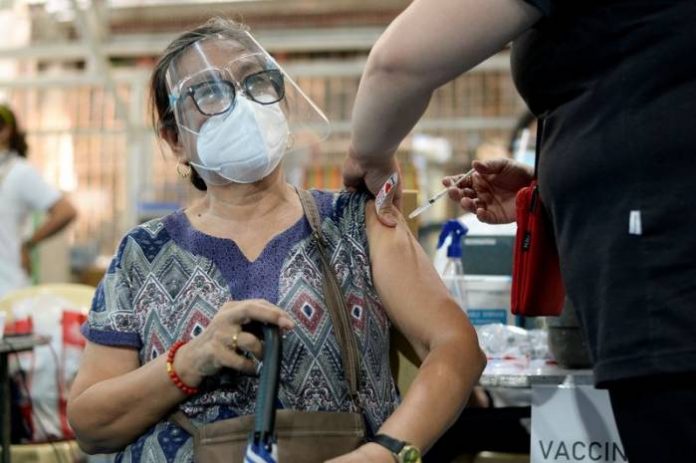 The Philippines will resume administering AstraZeneca COVID-19 vaccine to people below 60 years of age, ending a temporary suspension over reports of rare blood clots in younger recipients overseas, health officials said on Monday.

“The benefit outweighs the risk. Only a small percentage of the population had these adverse effects for AstraZeneca,” Health Undersecretary, Maria Rosario Vergeire, told a regular news conference, referring to countries where blood clots were reported.

Health authorities will release guidelines, including different precautions on the use of the AstraZeneca shots, Vergeire added.

The European Medicines Agency had earlier recommended including blood clots as a rare side effect of the AstraZeneca vaccine.

The Southeast Asian nation is yet to record blood clots as side effect, but suspended the use of AstraZeneca’s vaccine for under 60s on April 8.

The Philippines, a country of 108 million people, is battling one of the worst outbreaks in Asia but has administered less than 1.5 million shots of COVID-19 vaccines, 86 per cent of which were first doses.

The Philippines has received 525,600 doses of the AstraZeneca vaccine through the COVAX international vaccine-share facility.

More than 900,000 more were to be shipped in May or June, according to health ministry data.

Vaccines from China’s Sinovac Biotech accounts for 83 per cent of doses so far delivered to the Philippines. (Reuters/NAN)