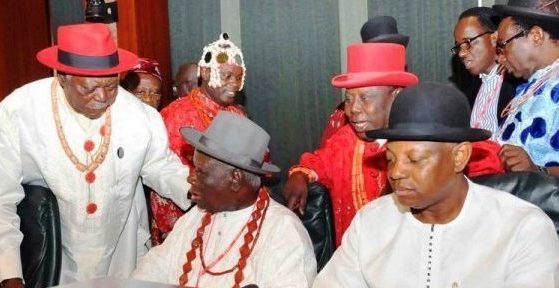 Niger Delta leaders, under the auspices of the Pan Niger Delta Forum (PANDEF) on Saturday tackled the Miyetti Allah Cattle Breeders Association (MACBAN) over its call for the establishment of Fulani Youth Vigilante in the South Eastern part of the country

PANDEF said the Miyetti Allah should rather send their battle-ready Fulani vigilante to the North-East geo-political zone to tame the activities of Boko Haram terrorists, who had been wreaking havoc in the country.

PANDEF also said the call by Miyetti Allah was a larger attempt by some persons to conquer other regions and tribes as part of the Islamisation and Fulanisation plans.

Dr. Alfred Mulade, PANDEF National Secretary, in a statement on Saturday, a copy of which was made available to NEXT EDITION in Lagos, described the statement as the height of impunity by the group.

Mulade stressed that he was pained by the strange call made recently by MACBAN for the establishment of Fulani Youth Vigilante body in the South-East to complement those in their host communities and other constituted security apparatus in the geo-political zone.

He said the Forum considered the call as not only ‘intriguing’, raised series of questions in people’s mind, adding “has any of the state security apparatus, namely the Police, Department of State Security (DSS), the Military, and others, cried out for additional help to perform their constitutional statutory duties of protecting life and property?”

Mulade stated: “PANDEF stands solidly with its contemporaries, the Ohanaeze Ndigbo and Afenifere in their similar response as PANDEF’s position on this yet another reckless display of rabid impunity covered by rabid obnoxious immunity.

“Seeing that such a call has no constitutional, therefore, legal backing, it can then be seen as buttressing the expressed statements by Elder statesmen like former President Olusegun Obasanjo and General Theophilus Danjuma (rtd), that these creepy moves of MACBAN underscore an evil scheme, by the Fulani to occupy the entire Nigeria by the same subterfuge by which the Hausa Kingdoms and some parts of what later became the Northerner Protectorate in the tentative days of the formation of an Amalgamation with the Southern Protectorate into the Nigerian territorial entity for the convenience of British Colonial Administration, to a most wicked advantage of a group that counts among the smallest in the Country.

“PANDEF has no option, but to factor in the recent story, not denied by the authorities, of an alleged ₦100 billion offered MACBAN, by the Federal Government, for reasons still not given. The government’s attitude of attempting to accord MACBAN, an association of private business concerns, the same status as the likes of respective socio-cultural groups as PANDEF, Afenifere, Ohanaeze Ndigbo and the Middle Belt Forum, and ignoring the likes of the Northern Elders Forum, or Arewa Consultative Forum, is most obnoxious and reprehensible.

“MACBAN, openly carrying the world’s most expensive, modern combat arms, is easily accommodated, embraced, and, therefore, encouraged to carry out an agenda of bloodletting carnage all over the country, while bodies, in other parts of the country, plying their concerns in peaceful manners are classified as ‘terrorist groups’, declared illegal.”

He continued: “PANDEF demands a definite action by the Federal Government of Nigeria against the various regular nefarious activities of MACBAN, as the foot soldiers of gender scheme to Fulanise and Islamise the entire Nigeria, no matter the level of callous decimation of any form of legal and constitutional opposition, no matter the measure of economic destruction, amount of blood spilled, or number of lives wasted.

“Those who will not heed to peaceful solutions should remember the God’s sunshine, and His rain falls on all, but His judgment is heavy upon the head of the wicked. But, it is also human for humans to resort to human instincts for self-defense, protection and preservation.

“In which case, it is instructive for all to note that violence, whether physical or by the intrigue of political subterfuge, trickery, lies, divisive strategy, are not limited to only a few; they are universal, but those who fear God prefer peaceful processes.”

“As God sees all, and will Judge each according to his deeds, PANDEF declares that it is time that all realise the stark reality of Enough is Enough! Why do the battle-hungry MACBAN not send the Fulani Vigilante to go to the North-East to stem the equally bloody insurgents of the Boko Haram menace, and those of the similarly obnoxious killers and looters in Nasarawa, Zamfara, Kaduna, Katsina and Sokoto States.