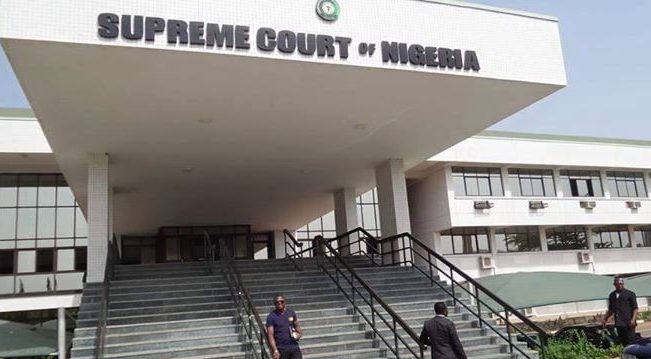 Osun State Governor, Gboyega Oyetola and his challenger, Ademola Adeleke, the Peoples’ Democratic Party, PDP, candidate in the 2018 election, will on July 5, know their fate as to who is the governor.

The Supreme Court, on Monday, fixed judgment in the suit by the PDP challenging Oyetola’s election.

A  seven- member panel led by  Acting Chief Justice of Nigeria, CJN, Tanko Muhammad fixed the date after both counsel in the matter adopted and argued their brief in the case.

Recall that the PDP is challenging Oyetola’s declaration as winner of the 2018 Osun State governorship election.

Recall that on March 22, the three- man Governorship Election Petition Tribunal in Abuja, in a split decision of 2-1, declared PDP’s Adeleke the winner of the election.

By the decision, they invalidated the Independent National Election’s declaration of Oyetola of the All Progressives Congress, APC, as the winner of the election.

However, a five-member panel of the Court of Appeal, Abuja, on May 9, upturned the decision of the election tribunal and declared Oyetola the true winner of the contentious election.