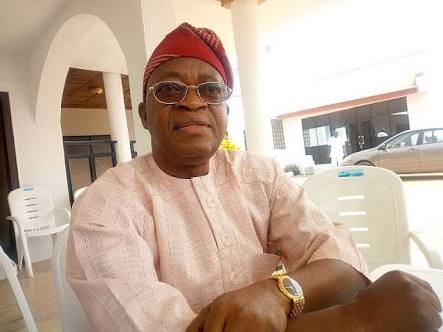 Governor Adegboyega Oyetola and the State Government of Osun have commiserated with the entire people of Ode Omu, Alayegun ~ in ~Council, Ode Omu Desendants Union and the entire State Council Of Obas on the recent transition of the Alayegun of Ode Omu, Oba Abdul Hammed Oke.

A release issued by the Commissioner for Information and Civic Orientation, Mrs Funke Egbemode, described the departed monarch as an enbodiment of humility, generousity, wisdom and true judgement at all seasons.

The release added that the late Alayegun of Ode Omu will forever be remembered for his strong progressive ideology, absolute loyalty to the state government as well as his true love for his people during his eight years on the stool of his forefathers.

The release then prayed God to grant the entire people of Ayedaade Local Government Area of the state the fortitude to bear this loss of one of the foremost traditional rulers in the area.