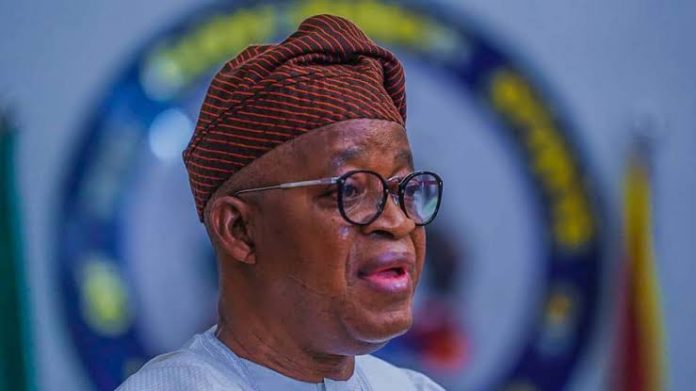 The governor said that politics should not be seen as a do-or-die, hence the need for loyalists and supporters of candidates and political parties to maintain decorum and guide their public conducts before, during and after the election.

He said that his administration would leave no stone unturned to maintain the pervading peace in the state.

Oyetola stressed the need for citizens to be vanguards of peace and reflect same in their private and public conducts, adding that the state needed to guard and sustain its peace more than ever before.

According to him, peace is sine qua non to development, stating that nothing can substitute peace, as it remains the only factor through which anything good can take place.

Oyetola congratulated Muslim Ummah for witnessing yet another Eid-el-Fitr celebration and urged them to imbibe the lessons of Ramadan.

He enjoined them to continue to have the fear of God, obey God’s commandments and be their brothers’ keepers.

READ ALSO: Presidency: I Am Not Too Young Or Too Old To Run — Tambuwal

“We thank Allah for making it possible for us to witness today.

“I urge our people to have the fear of God always. I also want to enjoin our parents and guardians to train their children with fairness and fear of God,” he said.

Earlier, the Chief Imam of Osogbo, Sheikh Musa Animasahun, congratulated Muslim Ummah on the occasion Eid-el-Fitr, calling on them to always obey the commandments of Allah.

Animasahun also prayed Allah to grant the governor his heart desires in the forthcoming gubernatorial election.