Benue State Governor, Samuel Ortom has inaugurated 23 Special Advisers as well as Chairman and members of the State Universal Basic Education board, SUBEB.

Speaking during the swearing-in at the Benue Government House in Makurdi, Governor Ortom said he was set to recruit 5000 teachers into the State primary education given the fact that over 2000 teachers will retire by 2020.

The governor said he has prioritized primary education and will be injecting about N6.6billion UBEC counterparts funding to the primary school sector for infrastructural upliftment.

He urged the Chairman and Members of SUBEB to deal decisively with the issue of “ghost and dead teachers” with the aim of getting rid of them.

He cautioned the Chairman not to operate as a sole administrator as was the case in the past but to work with the members and management of the Board for effective performance.

“Our desire is for all Benue children to enroll for a bright future. Primary school education is key,” Ortom said.

He appealed to parents to join hands with the state government to raise a strong primary education for the Benue Children.

The governor also said he was set to recruit unemployed graduates of Benue extraction in the collection of taxes through the State’s Revenue Service Board.

Ortom noted that the engagement of tax consultants through out his first term encouraged fraudulent handling of the revenue funds by the consultants to the detriment of the State.

The governor also said illegal revenue collection points have been banned and directed that those still operating them be arrested and prosecuted.

Speaking on behalf of the Advisers, Sarwuan Tarnongu, and the new Chairman of SUBEB, Emmanuel Akper both thanked Gov. Ortom for giving them the opportunity to serve and pledged to assist the him deliver purposeful governance to the people of the state. 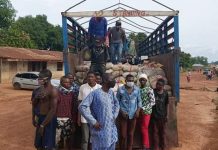 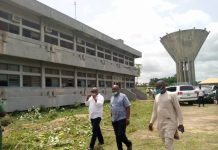 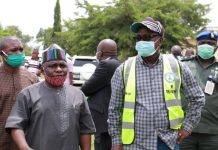 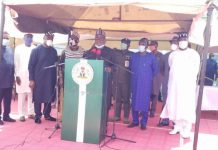