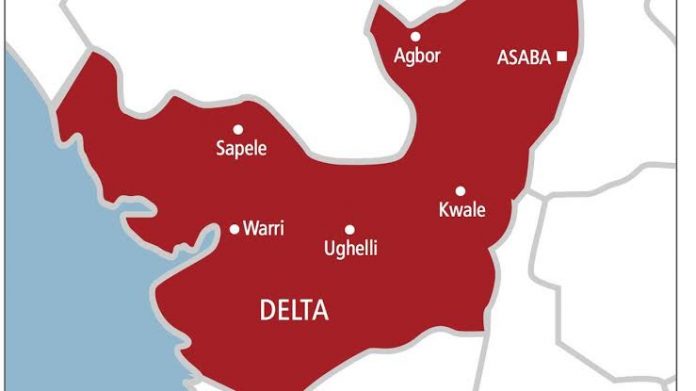 Edafe, who did not explain how the incident happened, said the dead must have been hit by stray bullet.

An eyewitness said that the incident happened at about 3:15 p.m at Irri Ward 10, Unit 5, adding that the hoodlums were probably on a mission to snatch thumb printed ballot papers used for the election.

“The hoodlums armed with sophisticated weapons shot sporadically into the air to scare away voters before one of them shot at the victim for a reason that could yet be ascertained,’’ he said.

There was impressive turnout of voters at the bye-election.

The distribution of election materials from the Registration Area Centres (RACs) to the various collation centres and polling units began in good time.

Electors who included youths and elders flooded their respective polling units to exercise their franchise.

The News Agency of Nigeria (NAN) reports that the bye-election was to fill the seat occupied by late Mr Kenneth Ogba until June.

There was impressive compliance to the restriction of movement order by the Commissioner of Police, Delta Command, Mr. Ari Ali.

There were few vehicles particularly those on essential duties on the roads while security personnel manned strategic locations, polling units and hot spots.

Mr Monday Efe, an elector at Oleh, headquarters of Isoko South said INEC began the movement of materials at about 3p.m. on Friday.

The Presiding Officer at Unit 16, Mercy Akeredolu, said that the early arrival of materials informed the smooth exercise, adding that accreditation started at exactly 8.30 a.m. at her unit.

Ikpokpo who spoke shortly after casting his vote also commended INEC on the early arrival of materials.

“The only hiccup I am getting right now from some units is that the machines are not working.

“I am sure that the situation will be rectified as soon as possible,’’ Ikpokpo said.

Mr. Ross Uredi at Irri Unit 6, Ward 11 applauded the turnout of voters and the general conduct of the election. (NAN)