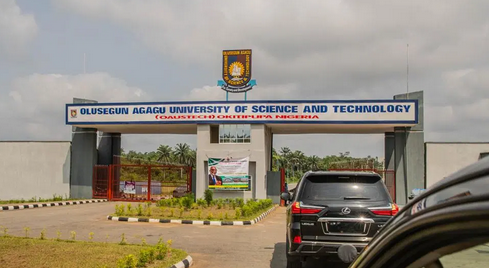 Labour unions  at the Olusegun Agagu University of Science and Technology (OAUSTECH), Okitipupa, Ondo State, on Wednesday embarked on an indefinite strike over unpaid salaries and other issues.

This is contained in a statement signed by Mr. Temidayo Temola, the Chairman of the  Joint Action Congress (JAC) in Okitipupa.

“The JAC of OAUSTECH arising from all important congress on April 6 resolved to commence total, comprehensive and indefinite strike.

“This is as result of the inability of the management of the university to meet the demands of the unions on the payment of salaries from November 2020 till date.

“Also, non remittance of over 22 months pension deductions coupled with non implementation of minimum wage as well as non payment of earned allowances.

“The unions will not relent on the indefinite strike until our demands are met,” the  statement read.

The Registrar of the Institution, Mr. Ganiyu Saliu, while reacting, said that the management was aware of the strike, attributing the inability of the government to meet the union’s demand to the shortfall in the government’s subvention which could no longer be managed to meet its obligations.

He also said that another factor included the issue of the COVID-19  pandemic which shut down the system with adverse effects on the economy.

“Government is aware of all these issues but all these were due to the dwindling fortunes; the management is working with the unions to resolve all the issues soon,” Saliu said. (NAN)