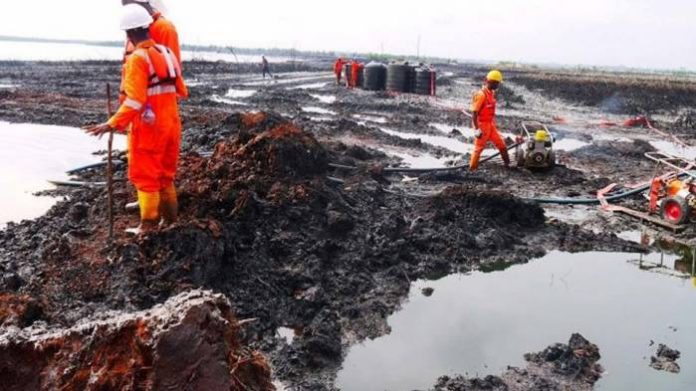 The Minister of Environment, Dr. Mohammad Abubakar, said on Wednesday that cleanup had commenced at no fewer than 57 sites in Ogoni land, Rivers.

Abubakar disclosed this while speaking with State House correspondents in Abuja.

He said that he had presented a report on the ministry’s mandate at a virtual meeting of the Federal Executive Council (FEC), which was presided over by President Muhammadu Buhari.

“The Ogoni cleanup in the past has been a story. Finally, President Buhari came in 2016 and the contract was given out.

“We are currently cleaning 21 plus 36 sites in Ogoni land. All these are impacted areas with hydrocarbon — a very big project.

“The world is watching this project because of the nature of hydrocarbons and what they can cause to the environment and the people living there,’’ Abubakar said.

The minister said that planting of 25 million trees was also in the pipeline and that the ministry was collaborating with state governments on the project.

According to him, the Federal Ministry of Environment was one of the implanting ministries of the 774, 000 jobs approved by the president.

“So, those skilled and unskilled labours are coming through the ministry. About 200, 000 people will be employed plus additional 2,000, who are going to be employed by the erosion department of the ministry.’’

The Minister further disclosed that his ministry was handling waste recycling, describing waste management as a big project.

He explained that waste management entailed waste reduction, waste recycling, waste re-use and waste recovery, among others, adding that it was no longer fashionable to produce, use and dispose waste.