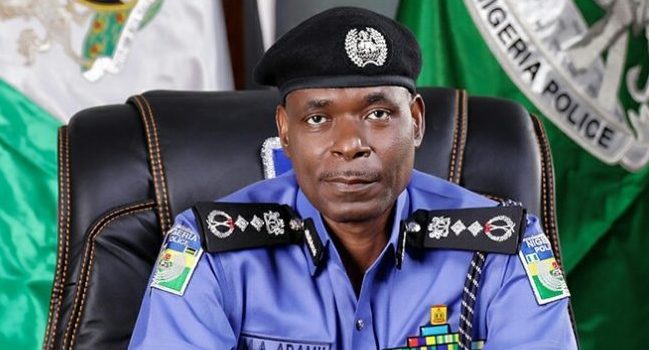 Mr. Ameh Ejekwonyilo, elder brother of late Ochanya, who was allegedly raped to death in October 2018, has appealed to the Inspector-General of Police, IGP, Mohammed Adamu, for protection from intimidation and threat to life.

Ejekwonyilo made the appeal during a press conference in Abuja on Wednesday.

Speaking at the conference, Ejekwonyilo said: “I had in the past told the world about attempts to harass and intimidate my family by the family members of the Ogbujas and their in-laws.

“However, the recent harassment of one of my family members who is a key witness in the matter by political associates of Ogbuja and Ochiga families is disturbing to say the least.

“There has been consistent threat, bullying and harassment of my family which had been on even before the matter came into public consciousness.

“The most recent is on April 9 when one of the younger siblings of Ogbuja’s wife, Mr. Inalegwu Ochiga publicly assaulted me and threatened to kill me in Makurdi.

“I therefore call on the IGP, Mohammed Adamu to come to the aid our family; protect us from threat to life and constant intimidation.’’

He wondered “Where is Victor Ogbuja?’’

According to Ejekwonyilo, since the death of his sister in October 2018, the Nigeria Police have been unable to locate and arrest the second suspect, Victor.

He added that Victor had also not been declare wanted and put on the national and international watch list by the Police.

He spoke further: “We pray that the IGP immediately declare a manhunt for the arrest and prosecution of Victor Ogbuja.

“Also the IGP should please provide adequate security to guarantee our safety and that of the witnesses throughout the duration of the case.

“National and International Civil and Human Rights Organisations, UN and others should beam their searchlight on not only Ochanya’s case but other sex crimes in Nigeria.

“This will ensure that justice is not only served but seen to be manifestly served.”

Late Ochanya, until her death was a student of Federal Government Girls College Gboko, Benue State.

According to her, Ochanya’s death made the association start up a campaign titled “Speak up, Speak Out.”

“The campaign has encouraged molested girls to come out and speak about their experiences.

“On Ochanya issue, justice has been slow; we want to encourage those involved in prosecuting the matter to ensure that justice is done; it may not only be for her but for others to also believe that there is always justice for the molested.

“We thank the Benue State Governor, Mr. Samuel Ortom for his show of concern on the issue.

“We would appreciate if the governor could issue a fiat to allow private solicitors to get involve in prosecuting the matter,’’ Azodoh said.

She appealed to the police to guarantee the safety of the family of the late students of FGGC.