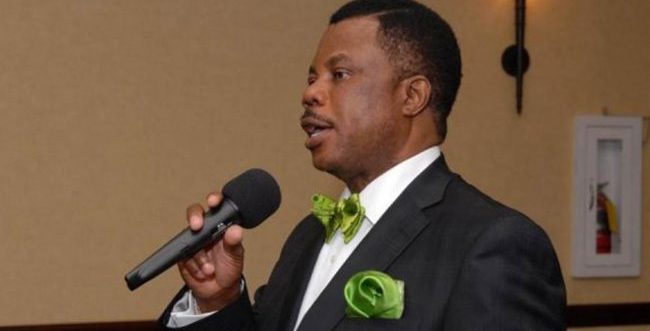 The Governor of Anambra State, Chief Willie Obiano, has warned government functionaries in the state against involvement in corrupt practices.

According to him, anyone found guilty of corruption would be made to face the full weight of the law as measures had been put in place to fish out bad eggs.

The warning given by the governor is contained in a statement issued on by his Senior Special Assistant on Media and Strategic Communications, Prince Oliver Okpala.

The media aide quoted the governor as saying that his administration would not shy away from prosecuting and committing such corrupt officials to prison.

The governor who addressed top government officials said 2018 was one that the administration would embark on a lot of work that would impact positively on the lives of the people.

He said “thorough checks and monitoring would be mounted on the activities of serving government officials in order to fish out the corrupt or fraudulent ones for immediate prosecution by ICPC and EFCC.”

According to the governor, with the new mandate given to him by the electorate to govern them for the next four years he would ensure that the welfare of the masses was given top priority like never before.

The governor gave assurance that it would not be business as usual and therefore called for change of attitude by workers in the state.

Governor Obiano added that he would work harder during his second term to justify the confidence overwhelmingly reposed in him by the people.

The governor who promised to lead by example particularly charged permanent secretaries in all ministries to live up to expectations or be shown the way out.

The governor said he would embark on morning visits to government offices to assess the level of commitment.

Governor Obiano frowned at the activities of the staff of the state Ministry of Lands whose mode of operations he said portrayed elements of shadiness.