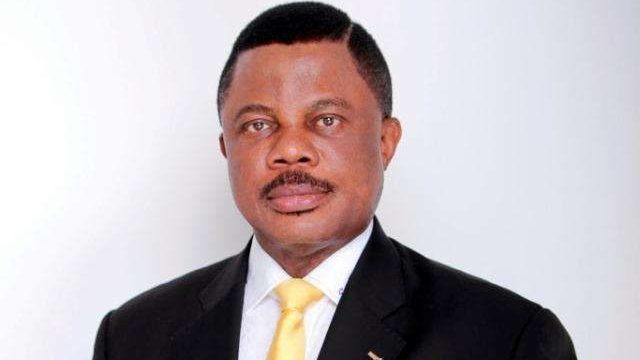 Esimone beat 37 other contestants, according to the Pro-Chancellor and Chairman of the Governing Council of the University, Azeez Oladotun Bello, who announced that the appointment would last five years with effect from June 4.

Anambra State Commissioner for Information and Public Enlightenment, Mr. Don Adinuba, in a statement, noted that Obiano in the congratulatory message described Esimone as “easily the best man for the job. Having served the University as Deputy Vice Chancellor (Academics) and founding Dean of the Faculty of Pharmaceutical Sciences, it is difficult to think of a more prepared person for the job”.

The new Vice Chancellor became a full professor at 37 years, making him one of the youngest professors ever in the Nigerian University system.

“Having displayed excellence in research and teaching, Esimone is now required to display uncanny leadership as the UNIZIK Vice Chancellor,” Obiano said.

The Governor said; “Nnamdi Azikiwe University is not just another federal higher institution, but one named for the greatest person from West Africa in over two centuries, Dr. Nnamdi Azikiwe, GCFR, PC, the man who led Nigeria to independence and inspired a generation of great African nationalists like Kwame Nkrumah of Ghana.

“Therefore, Professor Esimone should always be conscious of the special place of this higher institution in Nigerian–nay African cosmology. UNIZIK has to do more than ever to produce graduates and researchers who can help drive Africa’s competitiveness in the age of globalization.

‘’This will be much in line with the vision of the Great Zik of Africa who spent all his life devoted to the emancipation of all Africans and Black people throughout the world, so that we can take our rightful position in the comity of nations.”

Obiano also expressed satisfaction with the contributions of two scholars from Nnamdi Azikwe University, Prof. Kate Omenugha, the Commissioner for Basic Education, and her counterpart in the Ministry of Tertiary Education, Prof Theresa Obiekezie, to the growth of the state.