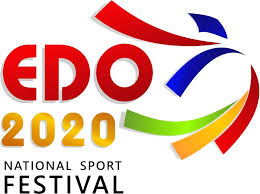 For As part of preparations, and bid to take care of venues during the National Sports Festival tagged “Edo 2020”, the Edo Waste Management Agency said it will engage 1,000 Cleaners.

The General Manager of the agency, Mr. Charles Imariagbe, made the disclosure in Benin on Friday.

He said: “The agency is doing everything possible to discourage indiscriminate dumping of refuse in the state. We also have plans in place to ensure that all the venues for the games are taken care of on a daily basis.

“Over one thousand personnel will be deployed for the exercise, there are further plans to get more hands to complement the staff of the agency if there will be need for it. We are also working closely with the Local Organising Committee (LOC) to identify areas that our services will be needed.

“For those dumping refuse on road demarcation, a task force has been put in place to check the activities of those involved in the act, anyone caught will be prosecuted.”

Imariagbe appealed to Edo people to desist from indiscriminate dumping of refuse adding that the act was detrimental to their health.
Beats-on it reports that the national sports festival is scheduled to hold from March 22 to April 1 in Benin.