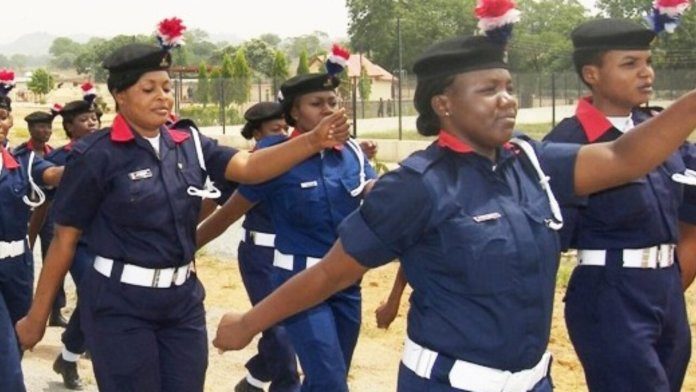 The Nigeria Security and Civil Defense Corp (NSCDC) has trained 55 Special Female Squad and Agro-Rangers to be deployed for special assignments in Taraba.

Speaking at the Passing Out Parade (POP) of the trainees at the command headquarters in Jalingo, on Saturday, the state Commandant, Mr. Ugwuja Edwin, explained that the specialised training for the female squad aimed at addressing the gaps in combating the increasing wave of crime.

“Insecurity is a war that must not be lost and a battle that must be won using all available resources at our disposal,” he said.

He explained that the move was also a renewed vigor and determination to confront all forms of criminality in the state which, according to him, was unshakable and unwavering.

“However, in achieving this kind of daunting task, the training and retraining of officers and men of the Corps becomes very imperative and that was what we did exactly, by training the female squad and Agro Rangers personnel.

“The female squad and their Agro-Rangers male counterparts, have undergone series of intensive and rigorous training on foot drills, weapons handling, assault and obstacle crossing, riot drill, fire fighting, among others.

“The essence of the training is to equip and prepare them, both physically and mentally, using the rich knowledge they acquired during the training to confront all spheres of insecurity headlong.

He thanked the Commandant-General of the Corps, Dr Ahmed Audi, for the continuous support and encouragement in the formation and training of the special female squad in each state of the federation.

In a message of goodwill at the occasion, Gov. Darius Ishaku commended the resolve of the Corp in tackling crime in the state.

The Governor, who was represented by Mr. Koku Agbu, a Director in the office of the Secretary to the state Government, assured of his commitment to support the security outfit at all times.

While congratulating the special squad, Ishaku urged them to make appropriate use of the knowledge acquired during the training. (NAN)