Home News Top News Why are you not married yet? 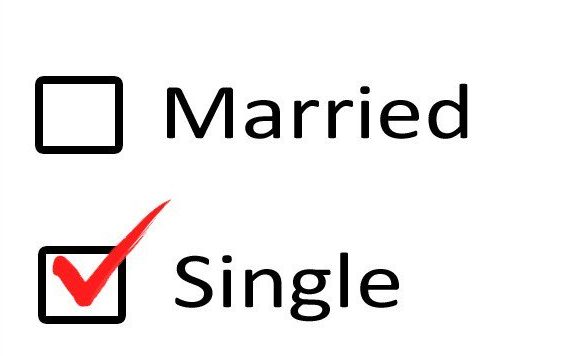 The Nigerian culture is one that looks at individuals in a certain way especially if they are single. For the women the assumption is either there are no men proposing or the standards are too high or in worst case scenarios, attributed to “Family problems.”

For the men, the number one assumption is finance. But there are those few cases where it is quite obvious money isn’t the issue but they still aren’t settled.

We decided to sample opinions to find out why those who are of marriage age are still single.

“I am not married because I am not yet stabilized financially, I don’t want to get into marriage where I am dependent on the man for everything. I won’t say I am picky because I know that is not the case, I won’t also say it is because I haven’t seen the men because there are proposals. When I am where I want to be financially, then I will be ready.”

“I am not ready now o! When I finish school, then I’ll be ready. That’s my priority now.”

“I am ready to go down that road but my girl isn’t. There’s another girl hanging around who is but I’m not feeling her like that… So I’m waiting for my girl to see how far sha.”

“If I see someone now I will say no or I would ask him if he could wait. My reason being that I am still in school; I have a year or so to go so I need to wrap that up. That way I know at least I will go to service the following year and get myself settled so I don ‘t have to be dependent on someone.”

“My finances are not in order right now. If it were to be in order I would get married under four months. It’s not a choice thing…”

“I am ready to settle down. I haven’t found the right person yet. When he shows up, I’m good to go.”

“Oh, I’m ready. He is too. We are planning so by God’s grace it will happen soon.”

“It just happens that I’m not married yet. Marriage is not something that just happens; I’m busy living my life. There’s no external factor I can cite as a reason.”

“I can’t afford it. Simple. But if I meet the right person now I could try and make it work.”

“Honestly, marriage is scary. I see what is happening especially in cases where the lady is not working and all of a sudden the man has to be everything. It’s scary so I won’t say I am financially ready yet. The woman in question has to at least be able to support in some way and so far all around me don’t meet that criteria.”

“I am not financially stable. That’s just it. If I am now I would be married. I know my definition of financially stable is different from others though but I know where I want to be before I take that step.So I need help o, because if help comes like this, in a month I could do it!”

So what’s your reason? I would say it’s important to identify it because that will also guide you so as not to make mistakes. Don’t rush into a lifetime commitment simply because that’s what is happening around you or because you feel it’s required of you at the time. Good luck!