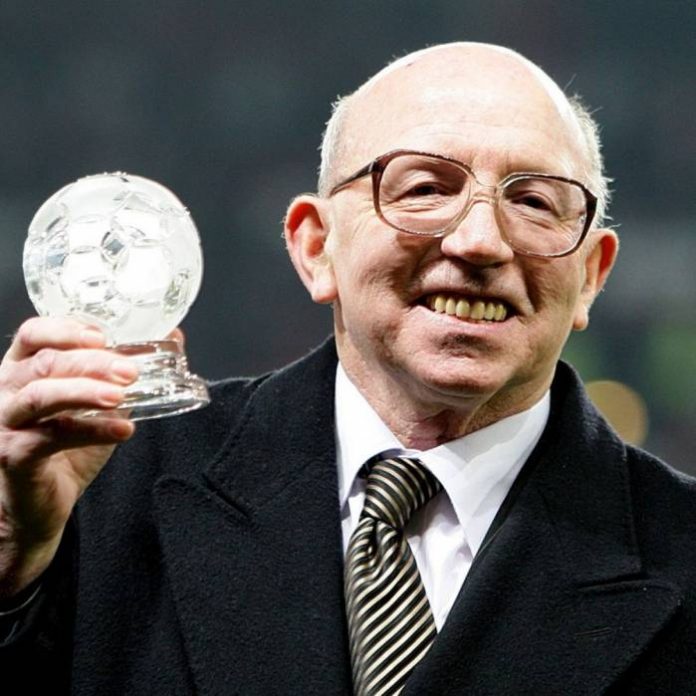 Stiles, who played on the World Cup winning team in 1966, had been diagnosed with dementia, as were several of his team mates including Jack and Bobby Charlton.

Stiles’ family said they had donated his brain to a study led by neuropathologist Willie Stewart.

“He told us that the damage to my dad’s brain was very severe and could only be explained by him heading the ball over the sustained period of his career,” Stiles’ son John told the Daily Mail.

“It confirmed what he had believed for a long time.”

Stewart said “brain injury and head impacts” were the only recognised risk factors in the type of damage Stiles had suffered.

“With Nobby, there is no recorded history of him sustaining a brain injury or concussion,” he told the newspaper. “Hence we propose his risk came from heading the ball.

“While he may have headed the ball a certain number of times in a match, like many others he would have been subject to countless impacts in training sessions. Every single impact could have caused damage.”

The Professional Footballers’ Association (PFA) has called on clubs, leagues and the governing body of English soccer to develop a strategy to monitor and adapt training, and also come up with techniques to protect the long-term health of players.

It has also said it had established an advisory group to liaise with current players and families of former players to “help shape their responses to dementia and other neurodegenerative diseases”.

There have been growing calls for the issue of head injuries in sport to be given further attention.

A group of former rugby players suffering from concussion-related health problems have said their issues were caused by negligence over head injuries.