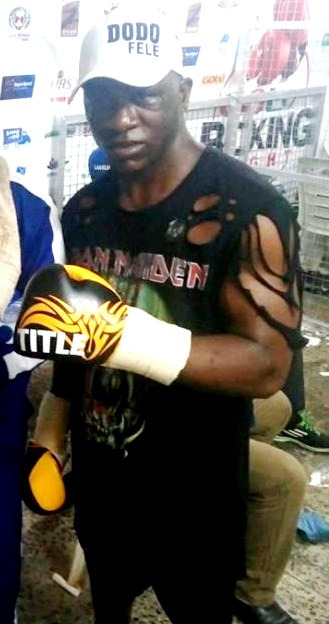 Ayodele said that Sadiku had a successful surgery on Friday at the University College Hospital (UCH), Ibadan, and was returned to the Intensive Care Unit, where he later died.

Reacting to the incident, the President, Nigerian Boxing Board of Control (NBBofC), Rafiu Ladipo, described Sadiku’s death as “a very sad one for Nigeria’s boxing family.

Ladipo further described the late boxer as “one of the best fighters Nigeria had in the professional cadre.

“We have lost one of our finest boxers. I can remember how he won his last fight by knockout on December 27 at Ilaji Resort and never looked sick.

“I pray God to grant him eternal rest,” he said, adding that the board would meet to decide what to do to support his family.”

Also, the Secretary-General of NBBofC, Remi Aboderin, described the death of the deceased as very painful.

Aboderin also described the incident as tragic for the entire boxing fraternity in Nigeria.

According to him, the guy was very vibrant last December when he fought against his opponent.

“I pray that God gives his family and relations the fortitude to bear the loss.

“We’re trusting God will be with the family he left behind and we do not pray for our boxers to die untimely like this again,” he said.

The Oyo State Chairman of NBBofC, Gbenga Opaleye, expressed sadness over the incident.

Opaleye said, “We did everything humanly possible to save his life immediately he developed the complications and was taken to UCH but we lost him this morning.”

He had a good professional boxing record of 11 fights with nine wins (seven by knockouts), one loss and one draw. (NAN)