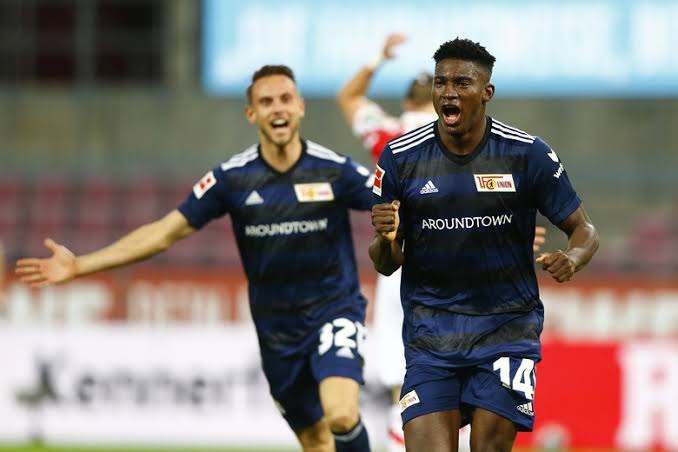 With the victory, Union Berlin stretch their club record unbeaten run to seven Bundesliga matches and climb to fifth place.

Kruse scored on the rebound in the 72nd minute after Cologne goalkeeper Timo Horn saved his penalty, denying the 32-year-old forward a league record of 17 consecutive successful spot kicks.

Awoniyi, who is on loan at Union Berlin from Liverpool, had put the in-form visitors, unbeaten on the road this season, ahead in the 27th minute before Ellyes Skhiri pulled Cologne level with a close-range effort.

The defeat means Cologne are without a win in their last 18 Bundesliga matches, matching their club record, while also equalling the club record of 10 home games without a win.

Union are on 15 points in fifth — their best ever position — while Cologne, who hit the woodwork with the last kick of the game, dropped to second-bottom on three after eight games.