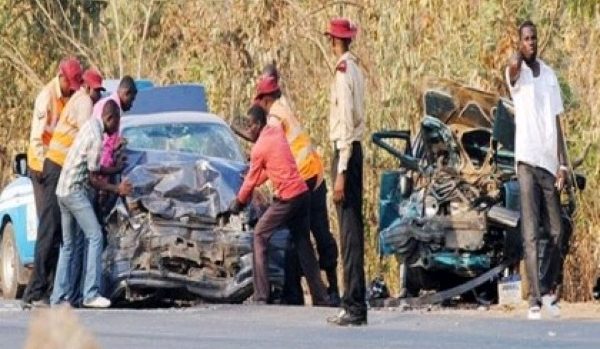 The Federal Road Safety Corps says that at least 1,618 people have lost their lives through road accidents between December 2018 and February 2019.

The information, according to the News Agency of Nigeria, NAN, is contained in the Report of Road Traffic Crash for December 2018, January and February 2019, released by the FRSC.

According to the report, over 21,577 people were involved in road crashes involving cars, minibuses, motorcycles, trucks, tankers and trailers.

The FRSC report identified Kaduna-Abuja road as the most prevalent route in cases of accident fatality within the period under review.

Similarly, the Lagos-Ibadan, Abuja-Lokoja and Kaduna-Zaria were also identified as routes with high record of road crashes.

The report called for the intensification of patrol and rescue operations along routes with high crash records to further reduce casualties.

“There is need to conduct workshop on vehicles safety education as well as safe usage due to high involvement of cars, minibuses and motorcycles in crashes.

“As a matter of fact, the Corps needs to step up enforcement on over speeding or initiate a high powered technology to detect and stem the tide of over speeding as part of operational activities,’’ the report added.