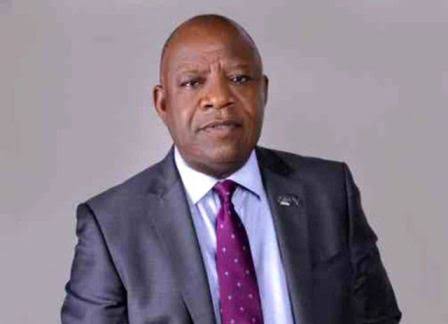 THE Nigerian Guild of Editors, NGE, has ratified the election of Mr. Mustapha Isah as its new President.

The ratification came up at the 15th All Nigeria Editors’ Conference (ANEC 2019) in Sokoto on Friday.

The News Agency of Nigeria, NAN, reports that Isah, who was immediately sworn in, was former vice president (West) of the NGE.

Isah succeeds Mrs. Funke Egbemode who resigned as the President of the NGE following her appointment as the Commissioner for Information and Civic Orientation in Osun.

In his acceptance speech, Isah thanked members for the confidence reposed in him.

“I am not the best. Anyone of us is capable of being the president.

Meanwhile, Prof. Umar Pate, Dean, Postgraduate School, Bayero University, Kano (BUK), has urged the NGE to constitute a team to do a study of how the media can survive in the future.

Pate, a Professor of Media and Society, made the appeal during a discussion on “Solution Roundtable: A Distressed Media; The Way Out’’ at the Conference in Sokoto on Friday.

He noted that the media was facing difficult times as it had to be on air 24 hours; advertising revenue was dropping; the need for more money to invest in technology and consumers of media products mostly relying on online reports.

Pate expressed concern over how the media could invest in new technologies as people no longer depended on newspapers and other forms of conventional media.

“How do we invest into the future to ensure that we carry the young ones along as part of the global movement and to be relevant in the present Nigeria’s democratic movement?’’ he asked.

In his contribution, the Executive Director, News, Voice of Nigeria (VON), Mr. Ahaziah Suleiman, said funding was a major problem affecting the media.

Suleiman called for training and retraining of journalists, saying that journalists should put their case on the front burner by speaking for themselves, not minding whether public or private sector.

Mr. Isaac Ighure, a former Editor-in-Chief, News Agency of Nigeria, NAN, said the NGE should invest more to be self-dependent.

He suggested that journalists should be well remunerated and regularly.

“Section 22 of the constitution grants the media the power to hold government accountable.

“At the National Conference, I suggested an amendment of the constitution to provide protection for journalists but some argued that there were extant laws that protected journalists.

“We must interface with the government to look at the challenges faced by publishers,’’ Ighure said.

Mr. Kelly Elisha, Chairman, Editorial Board, DAAR Communications Plc, urged operators of media houses to reduce expenses as a result of too many management staff and unnecessary operational costs.

Elisha also noted that there was the problem of discrimination in charges by private and public media outfits, especially broadcasting stations.

He suggested diversification by media into relevant areas of journalism and training.

According to him, media can also collaborate by joining in using transmitters and can jointly organise seminars and lectures.

Elisha further suggested that government should pay private broadcast stations some subventions because government wanted the private stations to run their programmes.